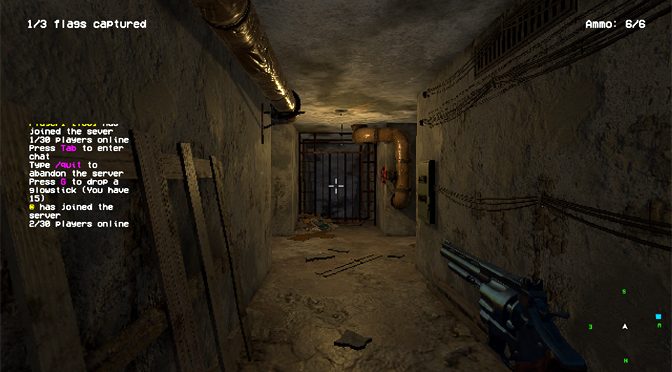 Hey all I’m back with a game that fails right from the get go. It’s Connection Haunted!

Plot: The premise of Connection Haunted is that you are playing an old school game and when you join a server it’s empty and deserted until you capture a flag. Than weird monsters start spawning and stuff starts happening. If that sounds like a really shaky summary of the game, it’s because I couldn’t actually experience any of that when I tried playing it. But before I get to the why of that let me go through my usual art and music review sections. 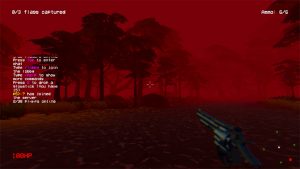 Art: It’s inspired heavily by old school games like the original Doom, and would have been an impressive game back in 1996. I say 1996 specifically because that statement would have only been true before Goldeneye for the N64 was released. On today’s consoles the graphics just made my eyes hurt. It’s heavily pixelated and incredibly dark and hard to see in the game. Which granted it’s supposed to be a horror game, but there is a reason even those games allow a brightness option generally. I sadly couldn’t find that option in the very brief time I tried playing, but again I’ll get to that later.

Music: I really can’t say whether the music is any good or not, I want to be able to do that, but I can’t since I could only play about a minute of the game before getting very frustrated. 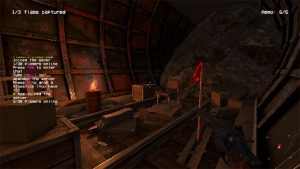 Why?: So I’ve been dancing around this topic from the beginning of this review, why does Connection Haunted fail utterly and completely? Because it has for some reason at least for me, and I’ve tried restarting, updating and redownloading the game, instituted innate programming of the effects of Joy-Con Drift into the game. This led me to freaking out and thinking my Joy-Cons had broken due to the notorious issue that’s plagued the system. 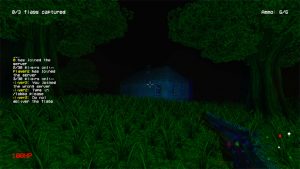 Thankfully for my very thin wallet and my own sanity that is actually not the case. The game just naturally has the view drift off to the left. This is purely a software issue on the developers end. I checked this by loading up three separate games, Warframe, Vigor (a game I reviewed recently) and Breath of the Wild. None of those three games have this issue and so I have to conclude that the game is broken and unplayable. At least for me. 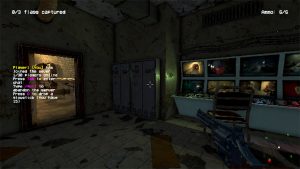 I’m unsure if this has happened to others, but for me I literally cannot play the game. I tried working around it, but frankly I shouldn’t have to do that.

I cannot in good conscience recommend this game to anyone. Others might be fine playing this game if they buy it, but I cannot recommend that people do so.