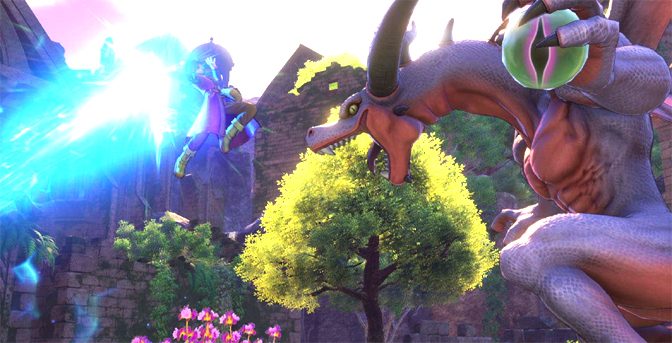 It’s not an exaggeration to say the release of a new Dragon Quest game is enough to send Japan into fervor. Capturing the quintessential elements of traditional JRPGs, Dragon Quest is crafted by legendary series creator Yuji Horii, character designer Akira Toriyama and composer Koichi Sugiyama. It offers classic turn-based combat, strategic character building, stunning visuals and heroic storytelling that have become revered in the Land of the Rising Sun.

That same passion hasn’t always translated on the other side of the world, though, with the fabled series often receiving lukewarm sales numbers in North America. It’s not that the games aren’t reviewed well; they almost always are. It’s that Dragon Quest seems to capture a niche market among gamers in the West. Dragon Quest XI aims to change that, but not by altering the formula that’s made the series such a hit in Japan. The latest entry is exactly what fans of JRPGs have come to expect, and the game is all the better for it. 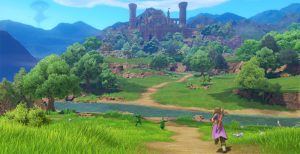 For those unfamiliar with how Dragon Quest works, the general premise is similar for every game: A silent protagonist (you) is facing down some nigh-apocalyptic threat, and you’re the only one who can save the world from certain doom. Along the way, you’ll meet a cast of larger-than-life traveling companions, fight hordes of enemies and stumble across a plot twist or two. The tried-and-true formula is ubiquitous in the series.

And yet, each Dragon Quest game is unique enough and oozing with such charm that it’s impossible to fault the developers for sticking to the same basic ideas. More than that, the combat is as good as you’ll find in a turn-base RPG. 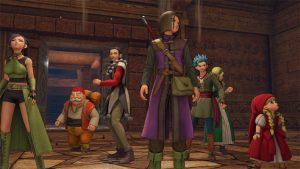 Each character in your party can specialize in a number of weapons. The main character, for instance, can be equipped with a sword and shield for balanced offensive and defensive capabilities, or you can choose to go all-out attack and equip a greatsword. Each weapon also corresponds to a part of the character’s skill grid, with each new ability offering an enhancement to your chosen weapon path. 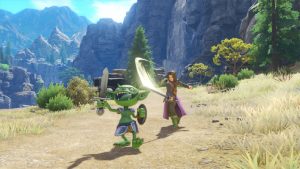 Conveniently, that skill path isn’t set in stone, and for a relatively cheap fee, the game lets you reset a character’s skills. Halfway through the game, I decided to switch up my sword-and-shield build with greatswords on the main character. At the same time, I tested out using boomerangs on another, and while the greatsword worked wonders, the boomerang build was a dud. But because of Dragon Quest’s flexibility, I was allowed the freedom to experiment with different build combinations.

Acquiring those weapons is just as much fun as getting to use them in combat, with a robust crafting system that has a surprising amount of depth to it. Early on, the game presents players with an item called the Fun-Size Forge. It’s essentially a magic blacksmithing station that can make anything from swords to bandanas. (I did say it was magic.) 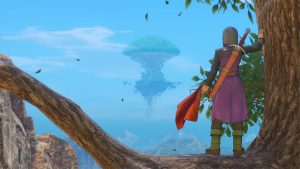 Without going into the minutiae of the system, the Fun-Size Forge offers players a chance to craft items once they’ve found a recipe for them. More often than not, these same items can be purchased or found in the world through normal gameplay, but Dragon Quest offers incentive to craft them because most are either wildly expensive or less powerful than their crafted versions. And if you do happen to have an item you’re fond of already, you can still take it to the forge and try to upgrade it. 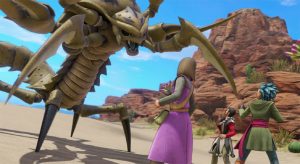 Skills, weapons and crafting aren’t the only aspects you can experiment with. While you can only have four active party members at a time, any characters not actively participating in combat still receive the same experience points as active ones, meaning you’re free to change your lineup at any time without worrying about an under-leveled character. 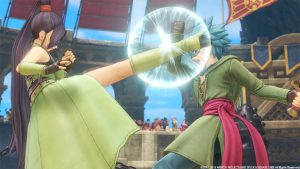 Dragon Quest XI is lenient in how it allows players to change almost everything about their party and its equipment, but no matter how you’ve decided to play the game, every choice you make is rendered in stunning detail, with gorgeous graphics around every corner. The animation style is exquisite, complemented perfectly by vibrant colors and detailed environments. 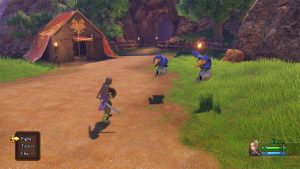 From lush forests to tropical islands and arid deserts, every setting looks like it just popped out of a fairytale, which in a way is an accurate description of what the Dragon Quest series is to gaming. And it doesn’t hurt that the voice acting (or lack thereof from the protagonist) is delightfully over the top in all the right ways. 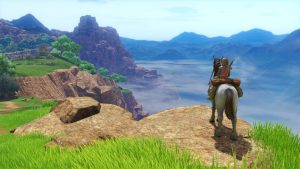 The bottom line is simple: Dragon Quest has a formula that it’s stuck to since its inception. It’s the consummate JRPG, and if you’re a fan of the genre, you owe it to yourself to play Dragon Quest XI. If you’ve never played a Dragon Quest game but want to know what all the hype is about, this is as good an entry as any in the series to leap into. You won’t be disappointed.