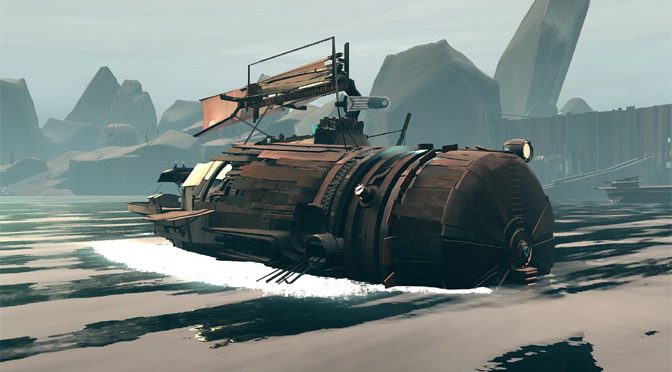 When I ran across the first title in this series from developer Okomotive, FAR: Lone Sails, I was immediately enthralled. It perfectly captured the idea of minimalist storytelling within the context of a video game. The original game had no words at all, yet told the story of a mysterious lone figure who was left behind, or perhaps somehow survived, the cataclysmic forces that apparently devastated their world. As you journeyed through the destroyed landscape, you learned a lot about that world, or at least were given clues about it and those people’s ultimate fate. 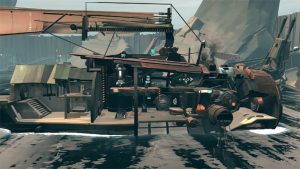 FAR: Changing Tides seems to be a parallel story with a different character who is no less mysterious. And again, there are no words in this game either, so much about what you learn is subjective. I could be totally wrong in my assumptions about this world, but it clearly was once a heavily industrialized society which has been destroyed, at least in terms of the part which you explore in both games. It might even be a message about over industrialization or climate change, but I leave that to other players to decide for themselves. 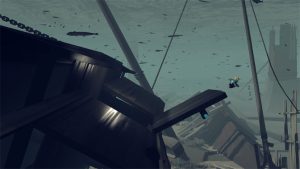 Your main character in Changing Tides can swim pretty quickly, and early on gets a special suit that lets them propel themselves forward very quickly in short bursts. They seem to be able to stay underwater indefinitely, so you don’t have to worry about running out of oxygen. They could be a robot for all we know, though that would seem to be too advanced a technology for the world we are exploring. They can also survive a fall from any height. I jumped off a cliff and fell for about 20 seconds. After landing, the main character just stood back up, brushed themselves off, and was ready to keep going. So at least you won’t have to worry too much about death in the game. 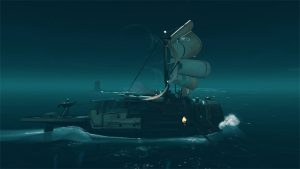 Like in the first game, in addition to the main character, the true star of the show is a giant exploration vehicle which is almost comically designed both in terms of its massive scale and complex analog controls. Apparently the people of this destroyed world like to build things that were gigantic and powerful, but didn’t have much interest in automation or computerized controls. As such, you will be flipping a lot of levers, pushing buttons and lugging equipment around in your quest to keep your machine always moving forward.

In a sense, FAR: Changing Tides can be thought of a side scroller type of game, because like the first title you will always be moving to the right side of the screen. You giant vessel only moves in one direction, (though you can also go in reverse if you want) but you wont have to steer. Your craft is already difficult enough for one person to control. If you had to steer, one person probably could not do it. As it stands you will be running around quite a bit to different stations within your vessel, setting a lever, stoking the boiler, repositioning the sails, adjusting your speed, keeping the fire stoked with fuel, controlling your depth (later in the game) and responding to repair emergencies as parts inevitably start smoking or sparking as you travel. 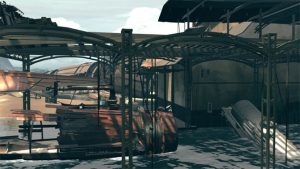 In the first game, your vehicle had both sails and an engine, but always stayed on land, lumbering forward on its impossibility giant wheels. In FAR: Changing Tides, your vessel is actually a boat, so you will be chugging through the water for this adventure. Later in the game you will add a module that turns your boat into a submarine too (and adds a third method of propulsion to your vehicle), so you will be journeying under the waves as well. 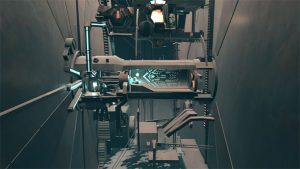 There general gameplay loop of FAR: Changing Tides involves long sequences of traveling in your ship/submarine, running around inside it and keeping all the machinery going, until you hit some an obstacle that you can’t pass. When that happens, generally it means you need to get out of your vessel and explore a factory or other destroyed base of operations on foot. Your goal is either to find a way to remove the obstacle, like opening up a vault like door to let your ship pass through, or even upgrading your vessel in some way that gives it the capacity it needs to proceed. Then it is back to moving forward for a long time before hitting another unpassable obstacle. 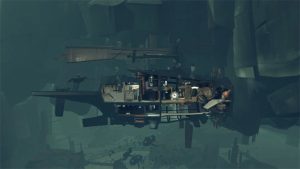 It’s nice how the developers added a lot of new capacity to the vessel in this game, like underwater travel. There is a lot more to do with it for sure. They also seemed to increase the difficulty of the puzzles quite a bit. There was even one or two instances where I ended up, I think, making it impossible for me to proceed. These instances involved hose puzzles that I accidentally disconnected and then could not reach again. Thankfully the game automatically saves fairly often, so if you end up having to load a game, you wont be knocked back very far. 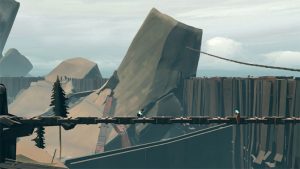 It’s a delicate balance adding new features to a game series. For me, the added complexity kind of lessened the enjoyment I felt with the original title. Changing Tides also requires more dexterity from players to make jumps onto ladders and over holes and things like that, even within your vessel, so be aware of that going into the game if you have trouble with those kinds of precision movements. 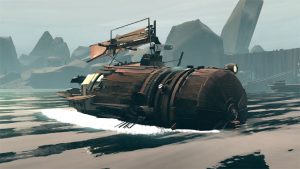 FAR: Changing Tides is a fun game and a great example of what indie developers can do. It’s a little bit more of a game and less of a work of art as the first title, though if players like that better or worse is a matter of personal choice. Changing Tides is a fun game and has an interesting story presented without words for a player to discover. And for the price, it’s a really great value too.

Set sail on FAR: Changing Tides if you are looking for an interesting take on adventure sprinkled with puzzle elements, or if you really liked the first game and want to take that experience to the next level. Either way, you won’t be disappointed.