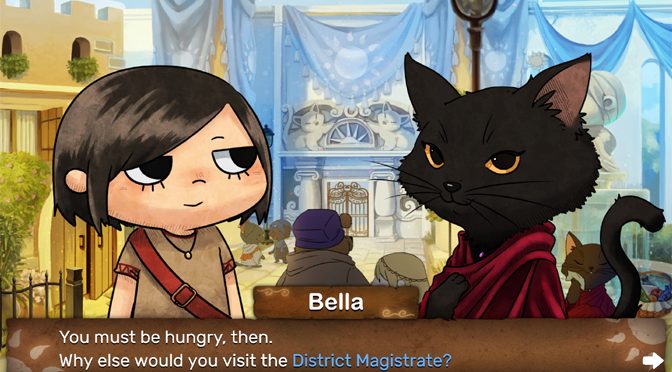 Over my almost decade at Game Industry News, I have played my fair share of puzzle games. Some have been your classic style of Candy Crush and other match three games like Planet Buster. Others have been more in the vein of Sherlock Holmes in regards to a narrative driven story with various types of puzzles. This helped prepare me for the point and click adventure that is the Tower of Nairi. 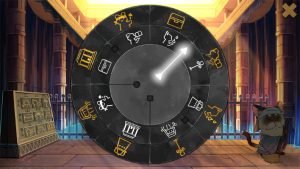 The story follows Nairi, an upper class girl who suddenly becomes a wanted fugitive. Nairi lives in a world that is mostly inhabited by a colorful cast of anthropomorphic animals. This adds to the overall charm factor the game has. Each NPC that the player comes across has a distinctive personality. My wife played this game the most as I worked on the review to Party Hard. Nairi was my wife’s first foray into the point and click genre and she enjoyed it. That is high praise considering a bad game could easily make her never want to pick up the genre again. 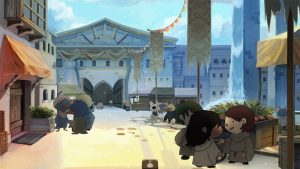 Overall the music and story was well put together, it did a great job of show instead of tell. While there are no fancy cutscenes, it is quite alright for the style of the game. My issues lie within the realm of every standard realm of point and click adventures having very contrived puzzles. I’m not a fan of games that contrived, deus ex machina type puzzles and expect a player to know it. There weren’t an abundance of them in Nairi, but there were still plenty. 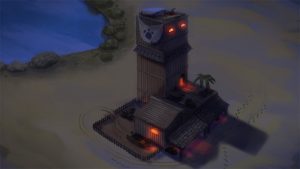 My wife got frustrated because she tried to solve puzzles logically and ethically. There was a puzzle that required Nairi to get some rope. She tried to click on the coil of rope in the background, but no, the answer was to cut a rope and let a chandelier hit the ground. This is only a microcosm of the asinine choices that the character makes. Don’t get me wrong, the game is good, but there are times that it would be nice if the character wasn’t completely mentally dense. 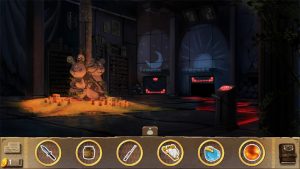 The only other complaint I have is the shortness of the game. Nairi can be easily completed within a day and, as a thrifty gamer that doesn’t make me happy. Money and hard drive space is tight these days. I don’t know how I feel about buying a game that I can beat on a lazy Saturday between school papers. 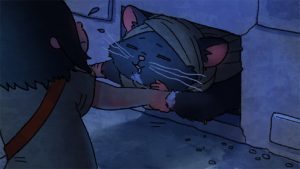 That said, if you want a great point and click adventure, I would recommend Nairi: Tower of Shirin. It has a strong story and keeps you engaged as a player. While it is far from earth shattering, it is worth paying the cost if you are a fan of the genre.

Tower Of Shirin earns 4 GiN Gems out of 5!