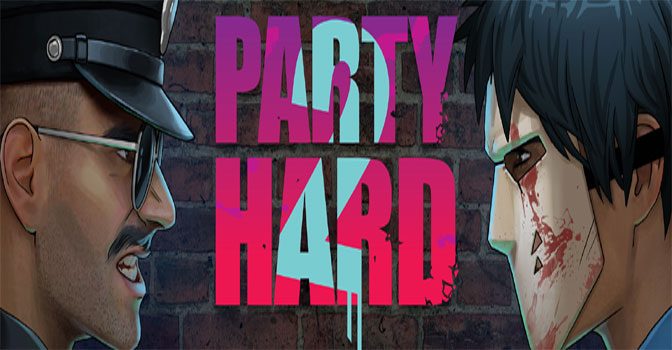 I remember the high school career fair and looking at the different colleges I could attend and what major I could get my degree in. My main choice was criminology because I wanted to track down serial killers. I loved watching Criminal Minds and reading my dad’s criminal theory textbooks. In the end, my GPA was not good enough and I went to school for communications, and here we are.

Party Hard 2 places you in the shoes of a serial killer who was disturbed by the noise of a party and decided, like any normal person, to murder everyone. My issues with the game started very early on with the character wearing a Jason Voorhees similar hockey mask. Really? That is the best we could come with? Do they not think we remember any of the numerous Friday The 13th movies? 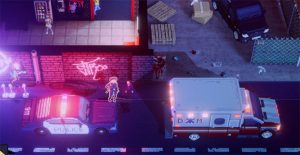 When I discuss the plot I try not to give any spoilers because, let’s be honest, nobody likes that. Short and sweet is that a detective is talking about a killer he tracked in the fall of 2000. What follows next is a plot so unhinged, half-baked and nonsensical that the only way to replicate it would be to get John Grisham drunk and high on LSD and place a typewriter in front of him.

Quite simply the graphics are unpleasant. The character is 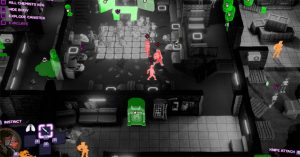 essentially a pixelated stick man running around a bunch of identical stick figures. It made it difficult to tell what anyone was doing or how to plan your killing spree. Honestly, developer Running With Scissor’s classic game Postal from a decade ago looks better than Party Hard 2. 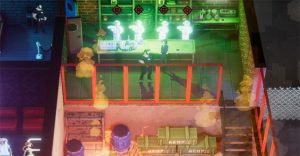 Then there is the bad audio, which compliments the terrible graphics. The voiceover narration by the main character sounds like Josh Brolin growling into a microphone while being repeatedly punched in the stomach. Music on Party Hard 2 is a repetitive minute or two loop of the same song for each level. Unlike most games where the sounds drowns it out, instead it blares over the gameplay. The music was so obnoxious that I wanted to place screwdrivers in my ears to get rid of the noise. 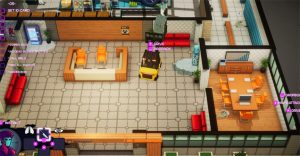 Overall, this game is bad and I hated every second of playing it. The concept of the game was incredible and I wish to see more games take this type of perspective. That said, everything else was ham-fisted and simply not that well executed. 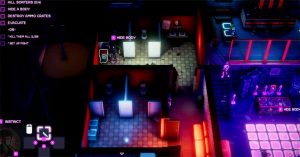 I realize that this is a sequel, so someone, probably a lot of people, must have liked Party Hard enough to justify the creation of Party Hard 2. But for me, this was the worst game I have played in a long time. If you like pixelated serial killer fantasies, then by all means have fun, but I don’t think this would appeal to a very wide audience of players.