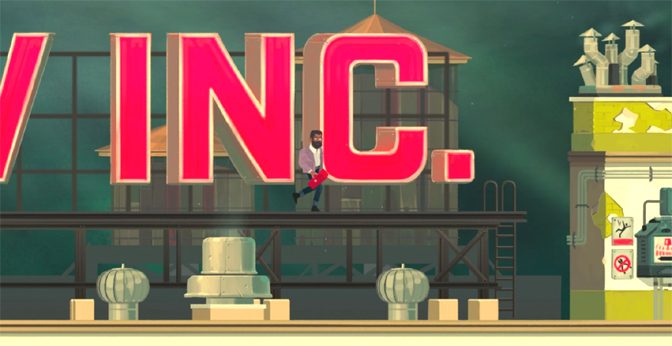 Indie adventure games, specifically point and click adventure games, are a pretty popular genre for indie studios to get involved with. This oftentimes let them shift away from reinventing the wheel with combat mechanics and the like, and instead come up with interesting plot hooks that can be used to engage the player. Of course, not all of them are successful in doing so, but The Low Road takes place in a more unique time period of the 70’s, this title plays more like an espionage-laden spy thriller. So does The Low Road hit the mark, or would players be better off taking the high road and getting another game? Let’s find out. 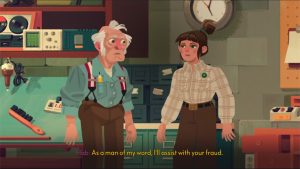 The Low Road starts off with a great premise: you play as an employee of a major car company as part of aforementioned company’s espionage division. Your character really wants to be James Bond, but comes off as more of a Maxwell Smart (there’s a joke for the older readers) when she discovers that corporate espionage is more about extricating trade secrets from individuals than it is using your watch laser to cut open a floor panel to escape a train car with a bomb in it (I see you older readers, and that was another for you). 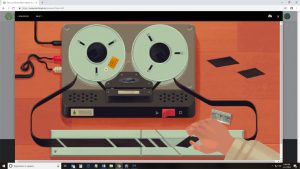 The game actually winds up reasonably quickly with the player character getting herself involved in a quest with her boss to find a missing engineer, and then the story really begins from that point. The story overall isn’t bad- it takes about 4 or so hours to complete, and it doesn’t overstay its welcome to the point where you’d get bored of it. A lot of why someone would play a point and click adventure is the story, however, so I won’t ruin any of that in this review as it did actually have a couple of twists or revelations that did not go how I was expecting them to.

Point and click adventure games are not only known for their story, but also their puzzles, and The Low Road has a fair number of these 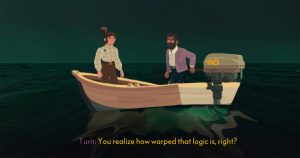 as well. Some of them are simple, like just messing with electrical components of a machine, splicing audio recordings, or using a cutting torch to get through a grate. There are also moments where you try to coax additional information out of people by leveraging info you have against them, which was actually a really entertaining mechanic that was only used a couple times. 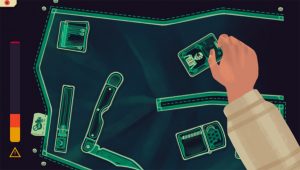 For the most part, players of The Low Road will be collecting items, gathering information, and then running them to the locations in which those items or information are needed in order to proceed- it’s all fairly standard for point and click adventure games. While doing so, at least, players will be treated to very appealing visuals that seem to have been hand-drawn: Very pleasing in its minimalist and cartoony simplicity, the game looks great. As an illustrator, I always find hand-drawn graphics to be interesting and aesthetically pleasing no matter the style- your mileage may vary on this, however. 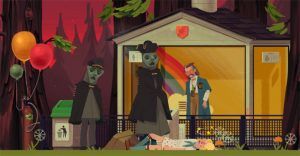 The animations are a little janky- sometimes reminiscent of early Flash animation, but it’s still quite serviceable. The background music that accompanies the fully voiced dialogue is also quite nice, with some reasonably catchy lo-fi beats that always fits the setting well. The voice acting is… a mixed bag. Some of the characters have trouble delivering lines, while others may have a phenomenal delivery in one scene and then one bad enough to make you laugh in another. 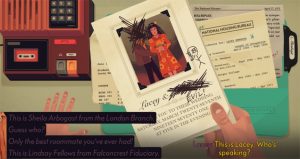 Overall, The Low Road is a fun point and click adventure game with a catchy soundtrack, a unique graphical style, mostly simple puzzles, a decent story, and some hit or miss voice acting. The game isn’t very long, but this could be a matter of personal preference (I abhor point and click games that are too long), so for those trying to get the most out of your $14.99, The Low Road may not be the best expenditure, but for those who are looking for a new adventure game or just want to experience an interesting story with some chill music, The Low Road may be a great title for you to look into.