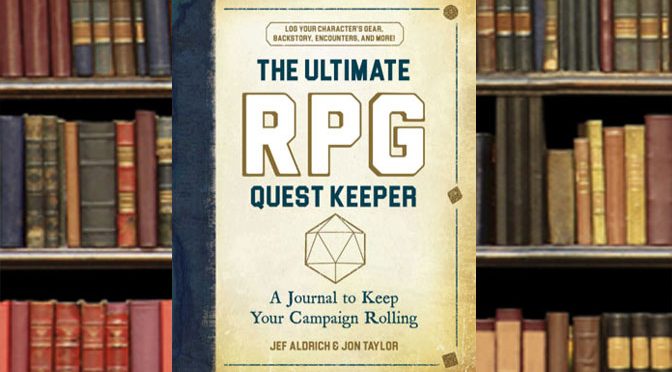 Adams Media really gives great gifts to the Table Top Role-Playing Game experience. I recently reviewed The Ultimate Random Encounters Book and it gives great inspiration to Game Masters. This book, on the other hand, is a tool for those who are the players. It gives you ten separate, eighteen-page sections of eye catching, well-organized notes for each of your characters.

These eighteen pages are broken down into such categories as: History and Backstory, Gear and other Items of Interest, Non-Player Characters and Campaign Notes. 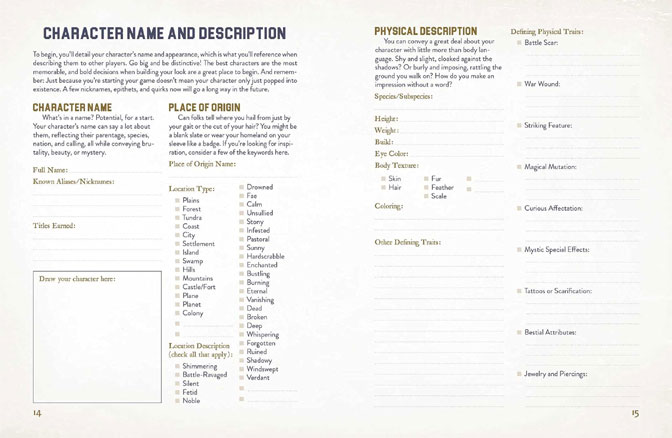 These broad areas are subdivided with prompts and subsections. Character Name and Description gives room to write about general appearance but it also asks about scars, striking features and different personality quirks. It lets you list how react to certain situations and people.

The authors behind this have podcasts called The System Mastery Podcast and Expounded Universe. These writers, Jon Taylor and Jef Aldrich, are two friends who nerd out on the fringes on fandom. 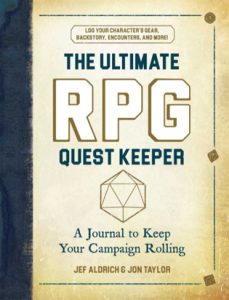 In The System Mastery Podcase they read old table-top roll playing games that have disappeared from play and explain why they may have failed to last in the gaming community. These explanations dip deep into snarky criticism and dive into discussion of fantasy and science fiction ttrpg tropes.

Their recent (October 2021) takedown of the venerable Amber Diceless Roleplaying Game on episode 210 shows their own grasp of gaming mechanics and hard-edged opinions of what makes a good game. They savaged the author’s hagiographic take on Roger Zelazny’s writing and give a small smackdown on the Amber series, although they confess to not having read them. They use their knowledge of other fantasy novels to comment on the tropes of this one. 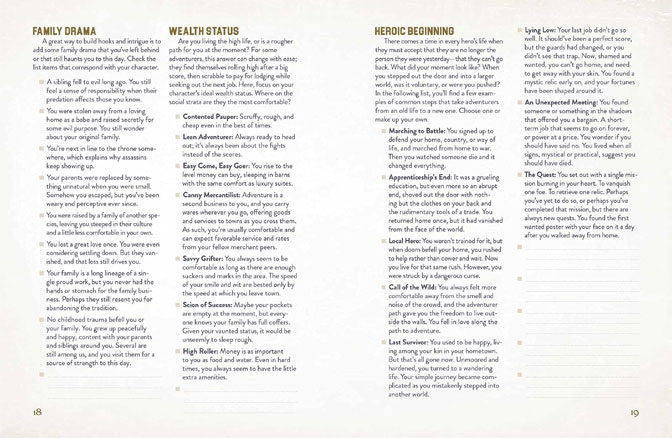 Now, while this is a subjective opinion, I do not agree with their take. A positive take on Amber Diceless Roleplaying Game is on The Real John Wick YouTube Channel. (John Wick the award winning designer for Legend of the Five Rings and 7th Sea, not the movie assassin played by Keanu Reeves).

This knowledge does give a good payoff in that this book is consistent in tone and approach. This book shows how you can make and grow your character through a campaign provide logical breakdowns that keeps the various elements of your character in one place that you can write down using that most robust and dependable technology, pen and paper. 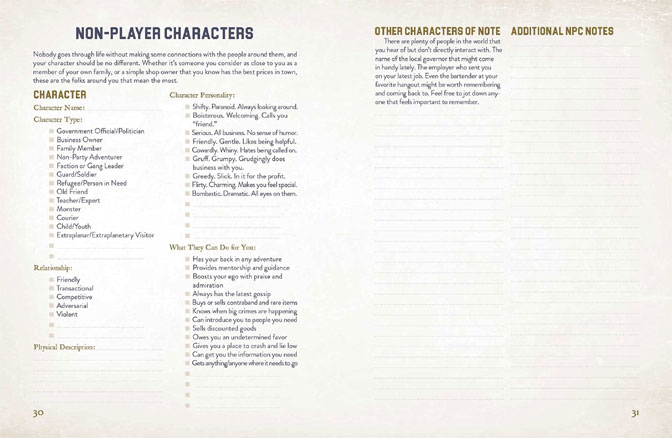 The book’s interior design is clean, spare and lends itself to notetaking. Julia Jacintho must be commended on striking the balance between text that gives ideas for a character and the blank space next to it for making notes. The colors and font complement each other to make a book someone will want to pack with them on the way to their weekly game.