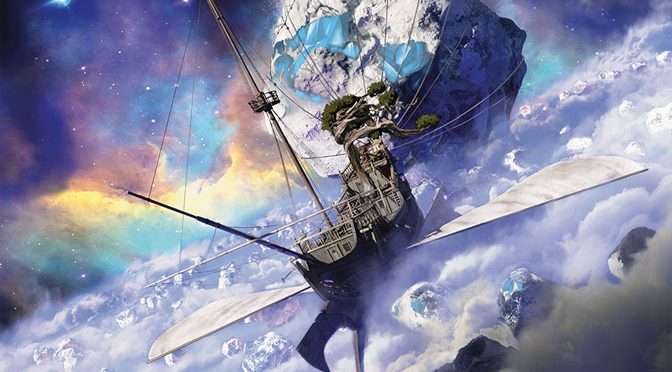 The new Spelljammer is here. The art is magnificent, and the creatures are well done and full of flavor. The writing is inviting, evocative and follows the formula of explaining a setting, spell or NPC and then closely following with a stat block or a dice mechanic. What is missing depends on what expectations you brought to this most recent reimagining of a previous set of D&D books. 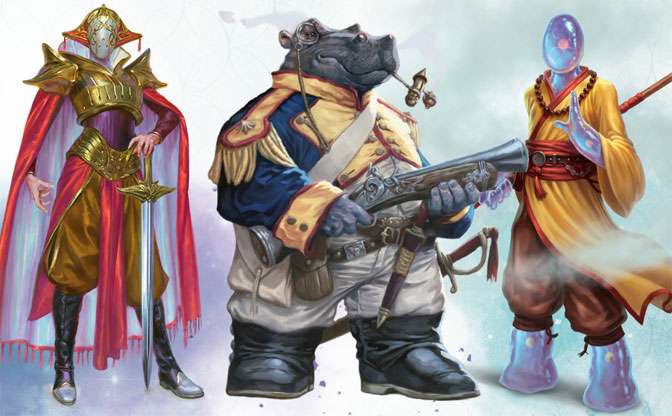 A case in point is “Curse of Strahd,” a recent reboot, with its release. When Wizards of the Coast released “Curse of Strahd,” they took their popular Ravenloft titles from 1983’s D7D 1E and remade them for D&D’s 5E, publishing them in 2016. The updated art and the compressing of a series of titles into a one book campaign was very well done and sold well. This makes both good business sense and a good product for the players of 5E. This was followed up last year with the release of Van Richten’s Guide to Ravenloft, which was also incredibly popular.

The incredible story that drove the older Ravenloft modules was reinforced, and a greater cast of characters was inserted that expanded the opportunities for players to roleplay and engage in combat. Gothic sensibilities and strong use of the vampire as a fallen hero who becomes a selfish, yet seductive villain was a testament to Chris Perkins working with the original authors, Laura Hickman and Tracy Hickman.

On to Spelljammer, which is our focus today. Spelljammer first saw the light of day in 1989, for D&D’s 2E. It did not have a narrative like Strahd but instead was a genre mash-up of steampunk, medieval astronomy and the old fantasy idea of sailing ships that can soar into the skies or between the stars. This science fantasy was used as a way for players to have their characters sail between different D&D settings like Grayhawk, Dragonlance and the Forgotten Realms. 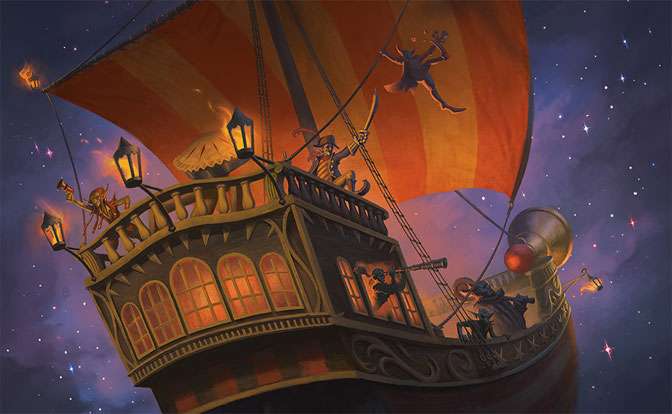 The new Spelljammer set does compress many of the titles that were put out by Wizards of the Coast, but it doesn’t reproduce the complicated crunchy spaceship combat from the “War Captain’s Companion” book. It instead relies on a slimmed down and game play friendly set of rules that focuses on personal combat rather than making it a wargame. This may disappoint those who came to this new Spelljammer for a whole new set of rules, but it is a welcome edition for those who want to enjoy the possibilities of sailing between worlds without tons of new tables to learn.

I asked veteran D&D player Daniel Baldwin who is familiar with both the old and new Spelljammer, and he brought up the point that, “Games with detailed rules for ship-to-ship combat usually get convoluted. By not having rules, it makes the GM free to do whatever makes sense in that situation. Rules for three-dimensional space combat seem good on paper but suck when you actually start to play with them.”

This massive Spelljammer set comes with a strong slipcase that houses three books and a Dungeon Master’s Screen. 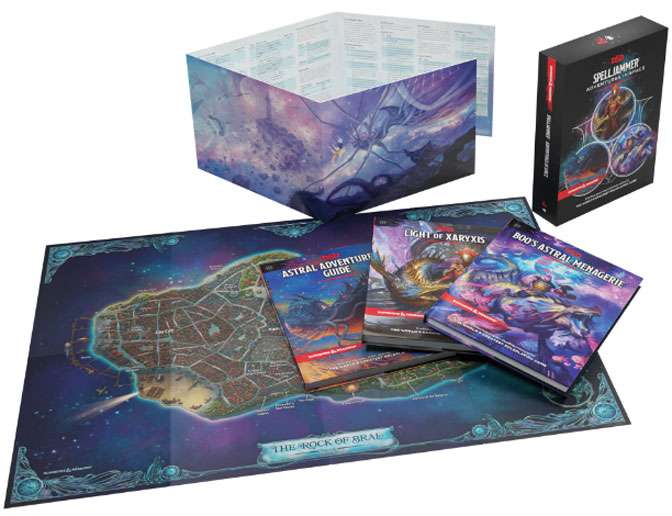 The books are: The Astral Adventures Guide, Boo’s Astral Menagerie and an adventure, Light of Xaryxis. The Astral Adventures Guide is good for outlining the setting, but also leaves a lot for the individual to make up on their own. Boo’s Astral Menagerie is my favorite of the three books. It gives lots of new monsters and beings for this setting that players and DMs will enjoy and be able to create new adventures. Light of Xaryxis is a short, episodic adventure. One scene follows another like a movie. The first line even reads, “As the Adventure opens, the characters are going about their daily business…” 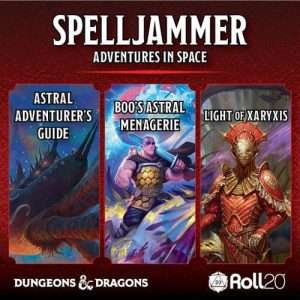 Spelljammer is also being supported by an amazing Roll20 version. This complete adventure comes with all the NPCs ready to go, and the art is so well reproduced that any on-line campaigner should give this a look! There are over 40 pages of action for your well-constructed tokens, along with stat blocks galore. There is already a big community forming around the game on Roll20, so if you are looking to jump right into a new adventure in this amazing campaign setting, that might be a good place to get started.

In closing, the new Spelljammer set is packed with great adventures. It’s a wonderful new product both in paper and in digital form. And it can be the bridge between different campaign settings, or a setting all to itself.