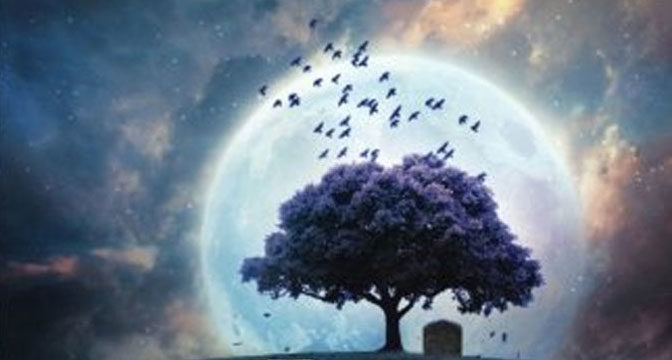 A Life of Death

Books of the Dead Press

A Life of Death is a book set in rural Virginia, but is suffused with paranormal drama. Alex Drummond, a High School student who lives in a trailer park with an abusive stepfather and a weak mother, tells the story. Every day he navigates between threats from his drunken father, beatings, a bullying stepbrother and two stepsisters who harbor a terrible secret.

Now, reading such a dark story in the first person could be overwhelming, but the writer, Weston Kincaid, enlivens the narrative with flashbacks of a fantastic nature. Alex, you see, carries the gift of psychometry. He can see the past of an old object by merely touching it, providing that past was emotionally intense. When he does, Alex relieves a different life and the reader gets another first-person narrative, from a different person associated with a dead past.

Alex grows in understanding and personal strength with each of this past visions. From a civil war cannon to his stepsister’s stuffed toy, Alex gains wisdom into the travails of someone else and even gains insight into his monstrous stepfather. This last revelation gives him both a leverage to change his terrible life and the lives of those around him.

The setting should be mentioned. Unlike many supernatural young adult books it isn’t in a magical land or mythos that exists simultaneously with our mundane one. It is a very recognizable rural southern United States. Alex’s gift does not bring him glory or a set him against a world destroying arch-villian. Instead it lets him navigate his small town and see the darker parts of its history.

This history is also written on a small and intimate level. It is not about some long ago age of sorcery or some future intergalactic space opera that the characters are uncovering. Instead Alex and his friend Paige find how their shared history weaves in with the local school, an old cemetery and a nearby Civil War battlefield.

The action in this book follows the other elements. The hero swings no magical sword, uses no magical wand or even fights with his fists very well. Instead there are numerous scenes of domestic violence and bullying, the all too common reality for many.

It is this very realistic portrayal of an abusive home and how the different children react in different ways that is the novel’s greatest strength. Like most good paranormal fiction “midi chlorines” or some magic ritual does not explain Alex’s powers. It is this simple acceptance of it that lets much of the story continue without breaking the suspension of disbelief.

The small town of this novel was built with words and recollections of Abingdon, Virginia. The author acknowledges his debt to Abingdon and tries to put much of that place into the story. The book itself is like a small town, concerned with the tiny details of life that keep it running.

The theme of revelation leading to redemption runs through much of A Life of Death. While it deals with tough issues, it slowly builds an optimism in the protagonist that makes its way into the reader. We ask much of the Young Adult genre, and this book answers with a realistic portrayal of a tough life along with the magic of paranormal visions.