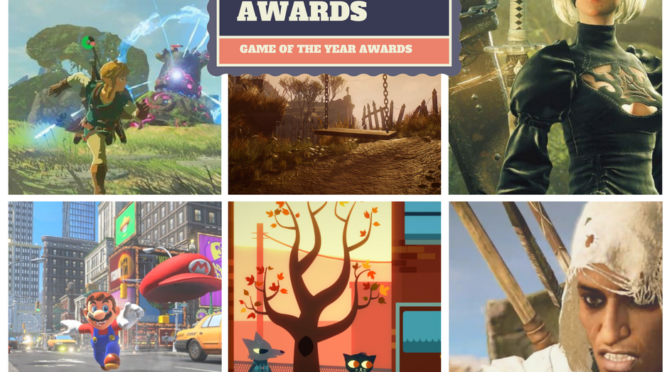 Drew and Chella announce the winners of the 2017 Tossers a.k.a the Argue the Toss games of the year 2017.

As the weather turns icy, humans across the northern hemisphere retreat into their homes to shelter from the cold. Some of us gather around fireplaces, some hang festive decorations, some [note to self: google “things that happen in December” and come up with third thing for list]. But for some of us, the hostile weather and approaching end of the year mean only one thing – it’s time to get indoors, wrap up warm, and get a whole lot of Tossing done.

Just like last year, the ATTeam have a whole bunch of Tossers to award, with some brand new categories – well, one new category. To replace two that we lost. So there’s actually fewer categories, but somehow we still managed to do a show longer than last year’s. Also unlike last year, some games earned a prestigious Double-Handed Tosser, where Chella and Drew independently arrived at the same winner in each category. We officially invite those games to use the Double-Handed Tosser trophy art in their advertising, just as soon as we produce some that conforms to basic standards of decency.

Also, yes, we forgot the protagonist from RiME was non-binary. Sorry.