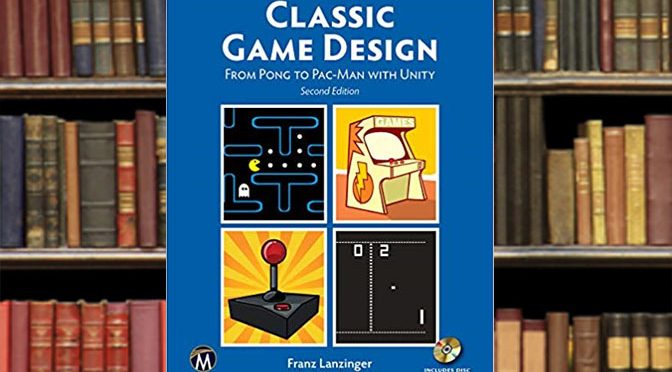 Classic Game Design: From Pong
to Pac-Man with Unity

If you want to create video games and need a basic introduction then don’t finish reading this review, buy this book. The reader gets to use free software to create classic video games that act like Pong, Pac-Man, Space Invaders and Scramble. The author of this book began his career at Atari Games Inc. where he designed and programmed the classic arcade game Crystal Castles. He later joined Tengen and was a programmer and designer for Ms. Pac Man.

The reader gets to use programs like Unity, C#, Blender, GIMP and Audacity (for sounds) to make these classic games. This is a learn-by-doing experience by someone who actually did learn by doing and who teaches these concepts and practices step by step, code by code, with history of each classic game.

For example, Chapter 5 talks about the game Breakout and how Steve Wozniak and Steve Jobs built it in 1976. It illustrates #3 of his Eight Rules of Classic Game Design; Ramp Difficulty from Easy to Hard. This deceptively easy rule is elucidated by the concept of making sure this difficulty is “at a steady pace, with periods of relief thrown in to reward players.” 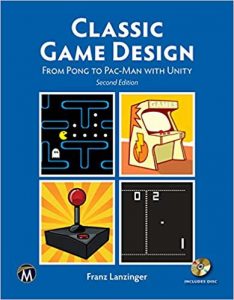 This book is for the beginner. It comes with both pictures of how your game should be acting with each bit of written code. Flow charts show how you go from 2D Images to 3D models using Gimp to Blender to Unity. It illustrates how you use Audacity to create sounds and Unity to make it part of your classic game.

[amazon asin=1683923855&text=Start making your own versions of Pac-Man, Space Invaders and Pong with a copy of this cool book and CD guide from Amazon!]

Many unsuccessful games are too random, mindlessly letting you rack up points but refusing to reveal any internal lessons to be learned from repeated play. Most people at the controls of a video game don’t want to be lucky, they want to be good.

Chapter 8 follows with a well thought out series of code and illustrated computer image building. Each tool in GIMP is presented in a series of screen shots as you build a cute, blocky spaceship that is 8 by 16 pixels. Then you make your shots (called sprites).

The Chapter on Pac Man explains why the ghosts all have different movements. The explanation is more than informative. It lets the reader design elements that make a popular game. That is what this book really tries to teach you as it lets you build simple versions of the classic and popular games of the coin operated era.