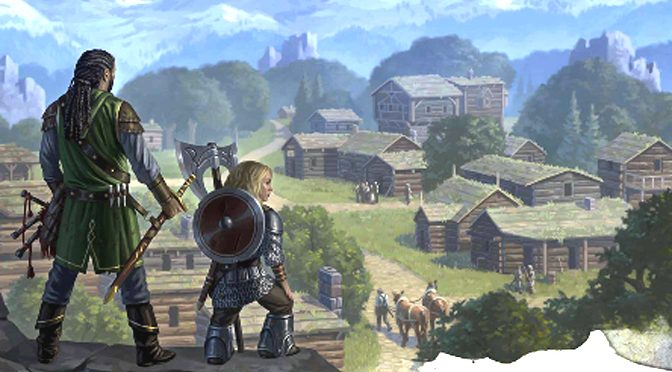 I was incredibly fortunate because I kind of stumbled into Dungeons and Dragons when I was very young. I found the old red box set in the back of my local toy store, sitting beside some of the other books and modules from the original system, you know, the ones with naked women and lots of gore. Of course I was fascinated by this literal dark corner of the otherwise traditional-looking toy store. I wanted to learn what this D&D was all about. But I also wanted a cap gun.

My mother decided that, for whatever weird reason, the cap gun was too dangerous. So I got permission to buy the D&D game as a second choice. Only I had no idea how to play. Thankfully my older sister, in a moment of total coolness, agreed to read the rules and act as my first dungeon master (DM) along with three of my friends in that famous little sample module with the rundown castle, the gold plates that were actually yellow mold, the carrion crawler, and the pretty cleric NPC who – spoiler alert – dies at the end to teach about player death. 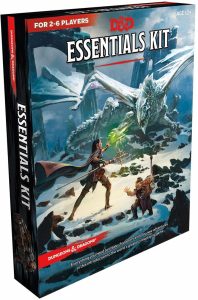 We got almost all the rules wrong. For example, we thought clerics got to cast one of every spell at their level. Same with magic users. So we were a pretty overpowered party. But we had a ton of fun. And we were hooked. I have played D&D on and off for the past 40 years or so since those days, and had some amazing experiences with good friends in our collective storytelling adventures.

But not everyone has a cool older sister. And jumping right into even the newest version of the D&D rules, which are far more simple than the original ones, is still tough if you are going into it cold. Enter the new Dungeons & Dragons Essentials Kit, which is a perfect guide to getting new players and game masters up and running.

The boxed set comes with everything you need to both learn about the game and get started. Specifically, inside the box you will find a nice set of polyhedron dice with everything from four d6s to percentile dice to a ubiquitous d20, a guide to the rules for players and game masters, status and personality cards (which I will explain in a bit), a game master screen, maps, and a pretty nice little starter adventure module called Dragon of Icespire Peak.

In addition to clearly written rules and descriptions, the whole kit also happens to tie into the module, so you can learn as you play. The adventure itself works with just a DM and one player. That way, so as long as you can find one friend or family member, you can use the Dungeons & Dragons Essentials Kit to learn how to get started on your own adventures. It also works fine with up to six players. I ran it with that size group and everyone had a lot of fun.

[amazon asin=0786966831&text=Tap into unlimited adventures with a copy of the Dungeons %26 Dragons Essentials Kit from Amazon!]

The addition of the cards in the Essentials Kit was interesting. Some of the cards are used as a visual aid, for example, to show what initiative your character acts on. I suppose you could even use the initiative cards as a form of dice if you didn’t have any, though the kit comes with a full set. Another group of cards lists the various status effects that your character can be suffering from. The back of those cards explain what penalty you will suffer as long as you are, say, blinded or grappled. That way the DM does not have to explain it or look up the rules. They are right there on the back of the card. Just hand one to the player who is suffering from that ailment and keep the game moving. 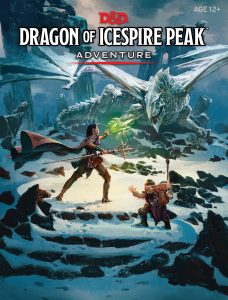 There are also personality cards, which is kind of a cool idea. The front of those have pictures of an adventurer and the back lists their personality traits, goals and quirks. Players can take on the roles on those cards directly, or use them as a sort of story starter to spark ideas about who they really might want to play. You also get a nice little holder for all of the cards, so they wont get lost or have to swim loose inside the box.

I got lucky because someone in my life took the time to help me learn to play this amazing game. But with the Dungeons & Dragons Essentials Kit, everyone can enjoy the same good fortune. Using the kit makes the basic game rules easy to understand, and sets new players and game masters up for a wonderful first time experience. And with all of the amazing supplements that current D&D owner Wizards of the Coast is constantly putting out like Ghosts of Saltmarsh and Acquisitions Incorporated, once you have the core rules down, there is a constantly evolving universe of adventure just waiting to be explored and experienced.