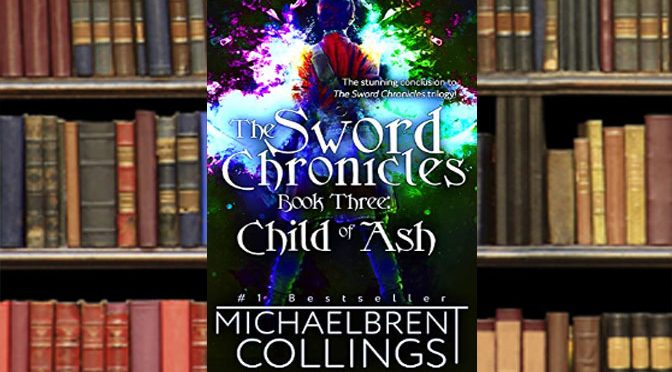 Hey all I’m back with the conclusion to a series I’ve been reading since it’s beginning. It’s Child of Ash, Book 03 of the Sword Chronicle Trilogy by Michaelbrent Collings!

Plot: The plot is very much a conclusion to the trilogy and while it’s very much a Fantasy book it definitely does a bit of genre crossing. I won’t say anything more regarding that since that’d be super spoilerific, but it provides the answers to the many questions of what’s been happening in this series up till now. 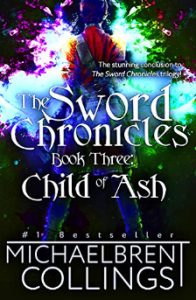 Characters: We get to meet some new faces, and some old faces show up as well, but I’ll leave the names unsaid because again they’d be super spoilerific. This entry focuses on Sword’s PoV quite a bit, and one other character who I’ll leave unnamed, but there are other PoVs at times.

Overall: Child of Ash is a satisfying ending to the Sword Chronicles trilogy, but know that it was fairly dark so if that isn’t up your alley you may wish to steer clear. However if you can handle the darkness you’ll love the hell out of Child of Ash as it answers many questions about the world of Ansborn and it’s mountains and what’s below those mountains past the clouds.