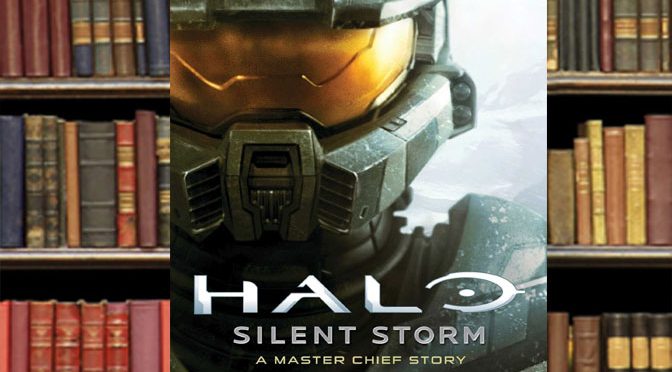 Good Military Science Fiction balances battle scenes with a perilous political backdrop. The great grandfather of all modern Military Science Fiction Robert Heinlein’s “Starship Troopers” gave amazing battle scenes while describing how a future society creates a functioning citizen army to battle aliens. David Weber’s “Honor Harrington” fights her way across the galaxy in a magnificent reimagining of the age of sail in outer space along with much of the same types of Napoleonic War politics. Lois McMaster Bujold award winning “Vorkosignan Saga” sings like a Space Opera with mercenaries, espionage and love affairs amidst the all out battles.

This rich tradition spawned some great video games, with the Halo franchise by 343 Industries giving rise to a multi-novel, multi-author set of books which enhances the setting. These books are in many ways an homage to genre that informs the game. The Halo Universe is Military Science Fiction of the first-person-shooter type with a militaristic human politics that is going up against an alien theocracy. 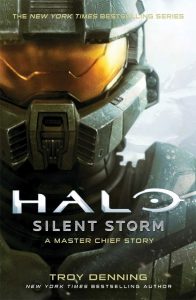 343 Industries Halo game and their popular character Master Chief John 117 serves as the central focus too much of the games but not most of the fiction. Since John 117 is mostly silent and faceless in the game he is hard to characterize. Indeed the whole idea of Master Chief lets the player assume control without a persona overriding the game experience.

Troy Denning, author of many D&D Forgotten Realms novels, takes on the character of Master Chief in an origin story. It even envisions his life as a Petty Officer First Class, right at the beginning of the conflict with the many different alien antagonists that make up the Covenant. It does so without sacrificing his professionalism or his persona, but it does do a good job of showing how regular humanity first interacts with a biologically and cybernetically enhanced super soldier, who is all of fifteen years old.

If you’re reading this review then we can assume you know Master Chief’s backstory, that he is a Spartan II, taken from his parents at age eight and replaced with a clone that dies quickly. He is then altered so he becomes seven feet tall, a military trained mass of muscle with a shortened life span that ends at thirty years old.

One of Dennings best characters in this book is Colonel Crowther, a seasoned human soldier who must make use of these young, deadly Spartan II’s in their first ever large scale conflicts. He stands in for what a man would do when confronted with an actual superman. It is very well portrayed.

Crowther’s character could be a lesson in how a thoughtful man would be both cautious and compassionate when confronted with a being who was kidnapped, experimented on and augmented into a military weapon. His handling of John-117 and Kelly-087 as both strong soldiers and mid-teens is touching and tenuous. He knows a gulf of experience and changes lies between him and these last hopes for humanity.