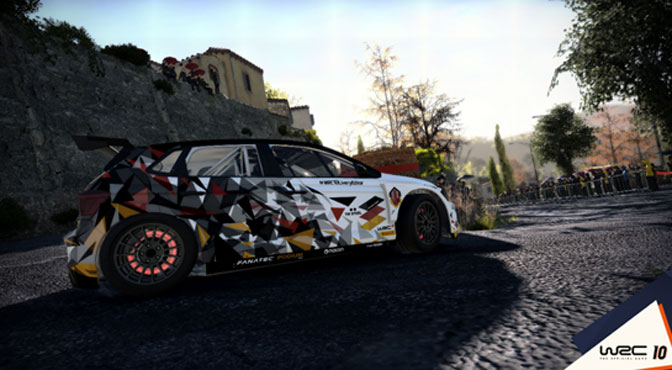 NACON and KT Racing Studio are pleased to showcase some of the community’s finest livery designs for WRC 10, the official video game of the FIA World Rally Championship, available on PlayStation 4, PlayStation 5, Xbox One, Xbox Series X|S, Steam PC and Epic Games Store.

A major new feature of WRC 10 is a comprehensive car customization tool that invites the gaming community to push the limits of their imagination. With WRC 10, it is now possible to create completely unique liveries, based on about thirty vehicles present in the WRC, WRC 2, WRC 3, Junior WRC categories, but also the historical vehicles of the game. Colors, shapes, stickers, logos, lettering…infinite possibilities are offered to players to impose their style and wear their own colors, including in Career Mode!

Franjo’s concept of using all of the editing tools found in WRC 10 won out over many of the other top contenders with an extremely detailed livery: it’s both a tribute to rallying with the integration of notes and also a simplified special stage layout, while nodding to the 50th anniversary of the World Rally Championship in 2022.

“Congratulations to all the participants and in particular Franjo for their work and creativity!” said KT Racing Game Director Alain Jarnou. “Franjo designed not only a complex livery but a balanced one too. The new Livery Editor for WRC 10 is a bet we made for the official game of the World Rally Championship and our players show us every day that it is a winning bet.”