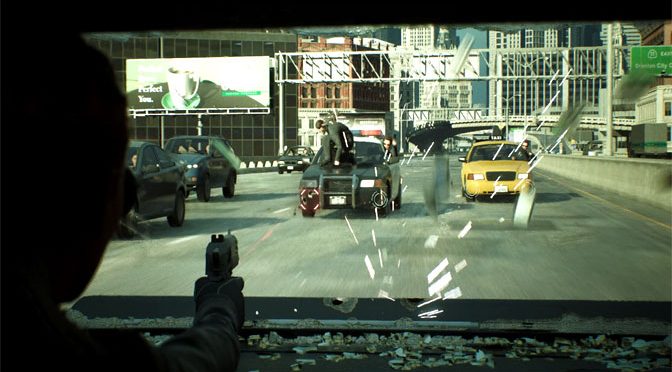 Hello everyone. This is your Chief Editor John Breeden taking over temporary control for our Skirmisher columnist this week. Don’t worry, Neal will be back with you soon. It’s just that I was so excited about the new Matrix Awakens demo that I had to jump in and talk about it. Because really, this is a sea change moment for the game industry.

Now, as a bit of background, I have been working in some capacity within the game industry as a journalist, reporter or editor for over 20 years. I have seen thousands upon thousands of game and technology demonstrations, both in person at events like E3 Expo or the Game Developer’s Conference, or virtually in meetings with those who are making games. Even with thousands of demonstrations under my belt, I can probably count on one hand the number of times that I was truly excited about a game, much less the direction the industry was headed. 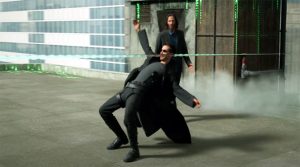 The Matrix Awakens playable tech demo easily shoots to the top of that short list. I was actually breathing quite heavily while playing, and felt an excitement about the future of gaming that I have not experienced in years. Honestly, I didn’t even think what I saw on that demo was possible, even running on a next generation console.

The new Matrix Awakens: An Unreal Engine 5 Experience is available as a free download for either the Xbox Series X/S or PlayStation 5 consoles. It consists of three main parts, an introduction with Matrix stars Keanu Reeves and Carrie-Anne Moss, an on-rails car chase and shootout scene, and then an open world exploration phase where you can drive, walk and fly around a 16-square kilometer city filled with both realistic people and traffic. 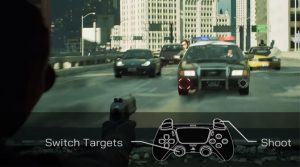 The introduction part of the demo is nice, but nothing that we have not seen before. In fact, watching Keanu talk about the new technology, I was thinking that we were gearing up for another Cyberpunk 2077 situation. Then the demo eventually drops into the car chase and shooting scene, and things start to pick up. The shooting is pretty amazing, and everything looks great. But again, it’s nothing we haven’t really seen before, especially since you can’t really tell if the backgrounds are rendered using the new engine or not. But it’s still pretty fun, if short.

And then, the big gut punch happens. The demo drops you out into the city and lets you explore. I could hardly believe that I was suddenly standing in an open world environment, and had the freedom to walk anywhere, fly around and even do some driving. The Unreal Engine 5 lives up to its name and then some. It’s almost surreal how realistic the city looks, with cars driving past (all with their own, individual artificial intelligence), people out on the streets and environmental effects in full view everywhere you look. The demo even lets you into the console a bit to change the world’s settings.

Nothing I have ever played looks this good. Take a game like Grand Theft Auto V, which has a fully rendered city as well. It looks good, but you can still tell that it’s a computer game. In The Matrix demo, it really does look like a real city. It’s clear that the developers added some nice touches too. You know those flat-looking windows on office buildings that we can sometimes peer into in games? In the demo they actually have depth, like you are really looking into a room. Other nice touches include things like rooftops lined with air conditioning units and the occasional Easter egg hidden around the city. 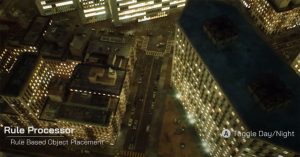 Jumping into a vehicle is a likewise amazing experience. Everything looks so real. You can even use the street signs to help you navigate. The demo could probably be used for real-world driver training. And your vehicle experiences realistic damage too. Cracked windshields, broken fenders, buckled doors and smoking motors all show evidence of your driving missteps. I started cruising around the city at high speeds and ramming into other cars just to see the damage I could cause to their vehicles and mine.

Flying around is an even more surreal experience, but no less impressive. It was fun to explore all the rooftops, bridges, alleyways, parking lots, shops, piers and other points of interest in this beautifully rendered world. There really is nothing else like it. 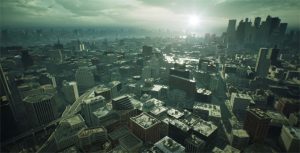 Yes, the demo is not perfect. Despite the shooting sequence, you don’t get a gun in the open world part of the game. It would have been nice to shoot things and experiment with the destructible physics on something other than the cars, like those brilliant office building windows. And the crowd does not really react to you very much at all. But these are minor gripes, and features that could easily be added if Warner Brothers decides to turn this demo into a full game, which I very much hope they do. In any case, the genie is out of the bottle, and we now see what is possible. How could we accept something like, for example, Grand Theft Auto 6, looking worse than this demo? This is how games should look from now on!

If this demo sets the bar for future games, as well it should, then developers better be prepared to jump awfully high to try and meet this new standard. Gamers have seen what is possible now, and it’s absolutely amazing. We shouldn’t accept anything less moving forward.