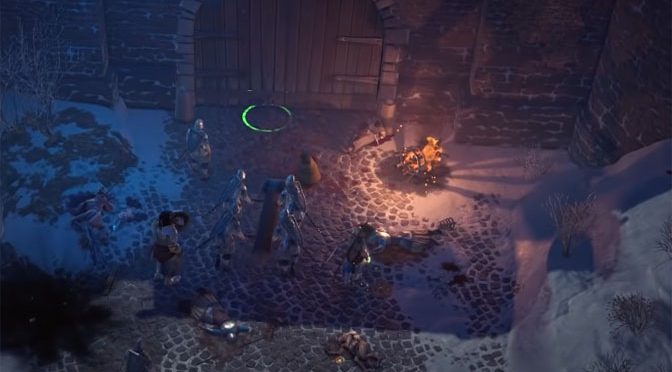 Owlcat Games has shared a new developer diary for its classic isometric CRPG Pathfinder: Wrath of the Righteous. The video reveals new information on Drezen, a sprawling fortress that will play a pivotal role as fans reclaim the world from demonic spawn this September 2 on PC via Steam, GOG and Epic Games Store. The studio also shared that Pathfinder: Wrath of the Righteous will be available on PlayStation 4, Xbox One, and PlayStation 5 and Xbox Series X|S via backwards compatibility later this year in digital and physical formats. Console retail copies will be distributed by Prime Matter. More details regarding the title’s console versions will be provided at a later date.

Drezen is the linchpin that holds Pathfinder: Wrath of the Righteous’ story together. Players will be able to learn about the city early on in the game as they interact with people who witnessed its siege and claim to be responsible for its loss 70 years ago. During the adventure the Queen will order heroes to take back the fortress by any means necessary. The assault’s starting location is highly influenced by the choices players make and the advice they follow. A climatic battle of resilience and wit unfolds.
If players are successful, Drezen will evolve to become much more than a place to sleep, wash, sell and buy gear. The fortress and its NPCs will change according to the Mythic Path one chooses and the decisions one makes throughout the game.

Moreover, Owlcat Games has announced that Pathfinder: Wrath of the Righteous is coming to Nvidia’s cloud gaming service on release date. GeForce Now members who purchase Pathfinder: Wrath of the Righteous on PC will be able to stream the game to Windows or Mac computers, Android devices, or Nvidia’s Shield TV streaming players starting the same day it officially launches.

Pathfinder: Wrath of the Righteous will launch for PC via Steam, GOG and Epic Games Store on September 2. The game will be available on PlayStation 4, Xbox One, and PlayStation 5 and Xbox Series X|S via backwards compatibility later this year.