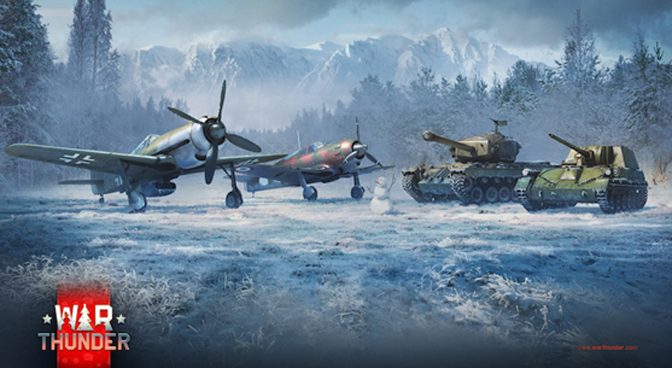 Gaijin Entertainment has today announced details about this year’s Festive Quest for War Thunder, a traditional in-game event marathon that allows players to obtain several exclusive Premium vehicles and additional bonuses entirely for free and simply by playing the game.

The Festive Quest will run from December 21 to January 14, and rewards include the two aircraft MB.152C1 (France) and Fw 190 C (Germany) as well as the two ground vehicles SU-85A (USSR) and T30 Heavy Tank (USA). The vehicles were specifically created for this year’s Festive Quest and can only be obtained by participating in the event. Other bonuses unlocked along the way in are several decals, camouflages and decorative items. All vehicles are awarded as coupons, which means players can either use them for their own account, or sell them after the event for premium currency to other players on the Gaijin Marketplace.

About the ‘Festive Quest’: The War Thunder Festive Quest is an in-game event marathon offering varying challenges for players on tanks and aircraft. Players can progressively advance within the event by completing in-game tasks such as destroying enemy vehicles or capturing objectives. With every challenge unlocked, players receive a different in-game bonus, including the aforementioned vehicles at certain milestones.

Detailed information about the War Thunder Festive Quest is available on the official War Thunder website.