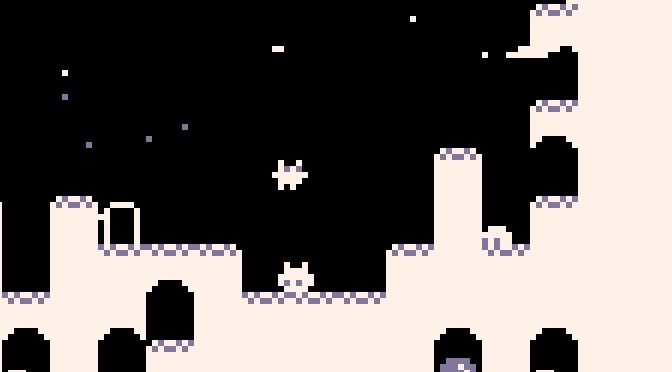 It may be a little early, but I’m already celebrating Christmas with this week’s Time Waster. The name of the game this time around in Winterberry.

Winterberry is a game all about a player helping a bear build up fat to survive the winter season. To do so, they have to trap enemies in snow and then munch down on them. Alright, so that doesn’t sound much like a Christmas game to me either, but I work with what I have.

The gameplay in Winterberry is a mix of platforming a puzzles. It challenges the players to dig through snow and build their own paths to enemies. The player can also create new pathways by turning the snow into snowballs and throwing it. When it collides with a wall, the floor or the ceiling, it will create a new block of snow.

These same snowballs are what the players also use to trap enemies. If the player traps the enemies in snow, they are safe to eat them. Otherwise, the enemies will damage the player. Honestly, it actually seems like enemies deal damage a couple of times before the game moves the player back to a respawn point. I’m not quite sure if that is intended or not, but find it worth mentioning.

The controls in Winterberry are a bit tough to get the hang of. The game lets players dig down by pressing X. They can also dig horizontally by pressing the corresponding Arrow Key and X. However, if the player is holding a snowball, they will throw it with X. Pulling out a snowball requires pressing the Up Arrow Key. Snowballs can also be thrown in multiple directions. This includes below the player while jumping to create a snow block below them, which also acts as a super jump.

All the different button combinations are a bit much and the controls already feel a bit stiff to begin with. It makes performing the more complex actions a bit of a pain and just hinders the rest of the game.

I can’t really say if there’s an end game to Winterberry. The game is all about surviving nights and getting more food, but I don’t know if the nights ever end. That may be the point though. The game has random level generation and that leads me to believe it’s just an endless run for high-scores. I’m not knocking that idea, by the way, but I need silky smooth controls if I’m playing something more demanding like that.

The visuals in Winterberry are simple. There is plenty of white everywhere and the background is black. It’s actually a bit too simple for me. When I say everything is white, I mean everything. The platforms, enemies snowballs and even our bear friend are all white. It all just blends in a little too well. There’s also a item in levels that turns the bear this dark shade of purple. It helps him stick out some, but only last for a short time.

As far as the audio goes, Winterberry includes a single track that plays throughout all the different levels. It’s got a nice wintry feel to it and isn’t too bad to listen to. It wasn’t my favorite by any means, but it was suitable enough. Same goes for the sound effects in the game.

Overall, Winterberry is an alright game, but I can’t say much more than that. The controls are a bit too rough for me to enjoy the game properly. There’s also not much else going on in the game, so that really hampers my feelings for the rest of the package. Add in the poor color choices and I can’t say there’s much reason to check this game out. Maybe just stick to the early Christmas presents if you have any.

Winterberry earns 1.5 GiN Gems out of 5!