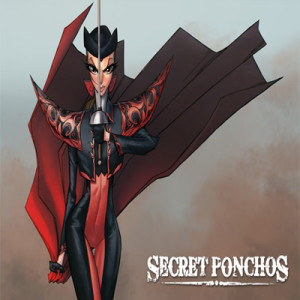 Who says you can’t bring a sword to a gunfight? The fifth playable character, The Matador, joins the cast of outlaws today in Secret Ponchos. Armed with her sabre and cape, The Matador is available for free to owners of Secret Ponchos on Steam Early Access.

The release of The Matador’s Moment also brings 4v4 matches to Domination and the newly-introduced Deathmatch (no respawns, last outlaw standing) into the game mode rotations. In case that still isn’t enough, also launching today is The Ranch – a new map set in the burned-out remains of Kid Red’s home.