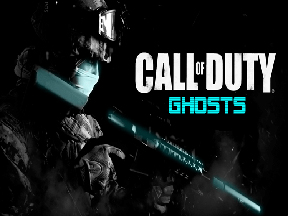 The Call of Duty: Ghosts DLC season closes out with Nemesis, which introduces four new multiplayer maps, each featuring a unique Field Order, and includes the fourth and final entry, and epic conclusion to Extinction’s episodic narrative with “Episode 4: Exodus.”

•”Subzero” – A hastily evacuated submarine base in the frigid Canadian outpost – with control room, submarine pen and research facilities – harbors a mysterious terror that will decimate opponents in this medium-sized map.

•”Dynasty” – Multiple pathways crisscross this lakeside Chinese village surrounded by picturesque mountains, vivid gardens, and spectacular architecture – a serene environment that is anything but Zen-like.

•”Showtime” – A sadistic reimagining of “Shipment” – the smallest map in Call of Duty history and fan-favorite map from Call of Duty® 4: Modern Warfare.

Closing out Call of Duty: Ghosts final DLC Pack is the dramatic conclusion to the game’s episodic Extinction narrative. “Episode 4: Exodus” follows the CIF Unit’s harrowing escape from the alien underworld and the successful recovery of Dr. Cross and the cortex, with the team now tasked with fighting off the Cryptid army’s siege of the last bastion of human resistance. Your mission is to get key personnel to safety by restoring power to the shuttle and then launching it to a low Earth orbit space station. “Episode 4: Exodus” gives players unprecedented control of their escape route – choose your path, gather new intel, craft new weapons – and introduces the deadliest of Cryptid enemies with a range of lethal powers, including mind control and psionic attacks – the Ancestors.