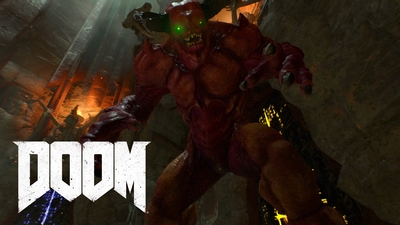 Bethesda Softworks has unveiled the launch trailer to the reboot of their iconic horror game Doom. Doom goes back to its roots as you fight the hordes of the underworld by having only one strategy… spray and pray. With new and powerful weapons, as well as some old favorites, enjoy decimating the armies of hell with reckless abandon.

Doom was developed at id Software, the studio that pioneered the first-person shooter genre and invented multiplayer Deathmatch. Relentless demons, impossibly destructive guns, and fast, fluid movement provide the foundation for intense, first-person combat – whether you’re obliterating demon hordes through the depths of Hell in the single-player campaign, or competing against your friends in numerous multiplayer modes. Expand your gameplay experience using Doom SnapMap game editor to easily create, play, and share your content with the world.