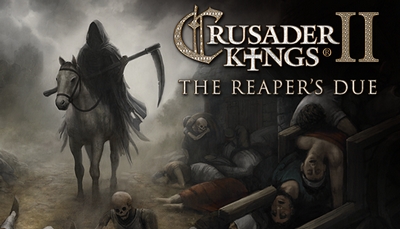 Paradox Interactive and Paradox Development Studio today announced that death can come early for those eager for new ways to die in Crusader Kings 2 as pre-orders for The Reaper’s Due are now available on the Paradox Store. Featuring new disease and medicine mechanics and a whole host of deadly new challenges for players’ in-game nobles, The Reaper’s Due will be available on Windows, Mac and Linux PCs on August 25, 2016.

For those eager to know why they should fear the reaper in the upcoming expansion, Game Director Henrik Fåhraeus details what kind of grisly demises you can expect from horrendous world events such as the Black Plague in this video developer diary.