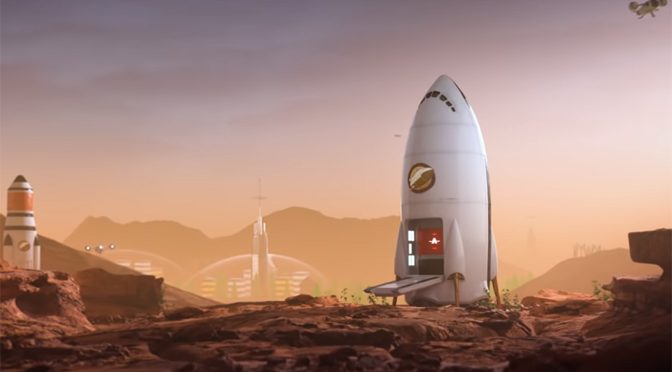 Paradox Interactive announced today that development has resumed on Surviving Mars, the survival colony builder set on the Red Planet, under Abstraction. Additionally, the company revealed that Surviving Mars has surpassed 5 million players in the lifetime of the game across all platforms. To Celebrate the return to Mars, Paradox will launch an In-Dome Buildings Pack and a free Tourism Update available to all Surviving Mars players this Monday, March 15.

The Tourism Update is free for all Surviving Mars players and revamps tourists, introduces a RC Safari, adds buildings, and more. With this update, players can expect to see some of their most-requested tourism features, such as Holiday Experience rating rewards and consequences.

• Happy Holidays – Tourists will now rate their stay in your colony to determine their Holiday Experience Rating. That rating will determine what rewards, funds, and additional tourist applicants players will receive.

• Movin On Up – Hotels can be built after completing the Smart Homes research to increase tourist comfort and raise satisfaction. Players can also build a Low-G Amusement Park that adds a boost to each tourists’ Satisfaction stat.

• Rover Safaris – Set waypoints at places of interest and let tourists go sightseeing around your colony for increased satisfaction. Players can order an RC Safari from Earth, or build it on their own after completing the Rover Printing research project.

Developed in partnership with long-time community modder Silva, the In-Dome Buildings Pack continues Paradox’s commitment to supporting outstanding content creators in its community. This content creator pack introduces 8 buildings and a host of technical additions to expand housing and community options. The In-Dome Buildings Content Creator Pack can be purchased for a suggested retail price of $4.99 on Steam, Xbox One, PlayStation 4, and other online retailers.