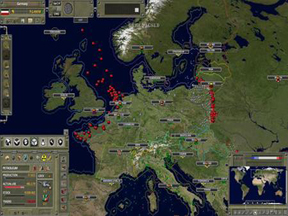 David Thompson, Lead Designer and Co-Founder of BattleGoat commented, “Both new scenarios are pretty good challenges for our players, especially the resistance encountered on British soil once German troops begin to approach London!”

In addition to the new update, BattleGoat is pleased to be participating in the Steam Summer Sale where Supreme Ruler 1936 is currently 33% off its regular price!