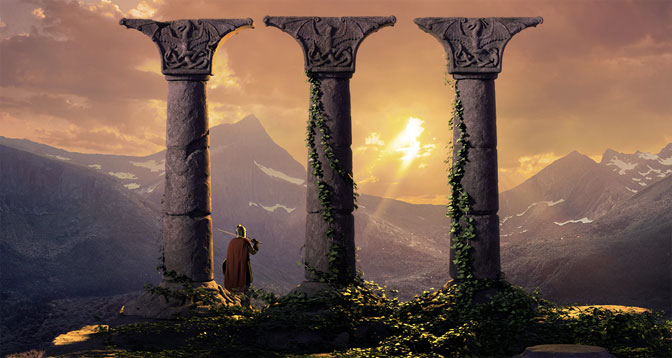 There always seems to be something comforting about times gone by. It’s the reason people reminisce about their childhoods, why collectors gobble up antique furniture and why radio stations continue blasting classic music from decades ago. Whether an idea, object or abstract concept, people find things of quality and do their best to preserve them and relive their experiences.

The video game world is no exception, and despite being relatively young in comparisons to other industries, there are old-school ideas that gamers love hanging onto. With Eschalon: Book III, Basilisk Games plays on this idea, attempting to recreate the original concepts that some of the first RPGs featured. To that end, the developers are spot on. The problem is, they were a little too spot on, and although Eschalon: Book III boasts an old-school RPG feel, it also puts all of the genre’s early flaws front and center.

To start with, Eschalon gives players almost total control in how they build a character, with an incredible array of skills to choose from and tremendous freedom to allocate attribute points. For hardcore RPG fans, this is a brilliant setup, with every little detail easily manipulated in all its glory.

There’s a massive negative to that, however. While it’s possible to start the build of a nearly invincible character from moment one, it’s also remarkably easy to screw up a character to the point of having to restart the game. The skills are poorly explained in how they actually pertain to the in-game world, and with so many to choose from, it’s difficult to know which skills are actually useful until you delve into the world.

For instance, I started off as a ranger and chose to use a bow as my primary weapon. The game started me off with 40 arrows – which I ran out of by the fifth enemy. I’d picked up a melee weapon, but I hadn’t built my character with the prerequisite skill to use it effectively. The end result was my character running to the first town like a coward rather than a legendary hero.

The problem is the feeling of being a weakling persists entirely too long in Eschalon: Book III. As with most other RPGs of yore, the game requires intense amounts of level grinding, and making progress is a slow-going, tedious, often tiresome task. It sucks most of the fun out of the early game, and I found myself not wanting to come back to it.

Again, hardcore RPG fans may find some of these qualities part of the game’s allure. There’s always something rewarding about making it through an RPG’s early stages to find mid-to-late-game rewards, but Eschalon makes getting to that point a challenge.

Graphically, the game creates an aesthetic that works well but doesn’t really shine. Character models are miniscule and barely feature any detail. Combat is hardly animated either, including spell casting. That said, there’s a whimsical charm to the environments, particularly ones outdoors, and it does a nice job creating the idea that your character really is lost in a fantasy world.

The audio aspect doesn’t do quite as good a job of bringing the game world to life as the graphics, though. Basic sounds here and there offer a little glimmer of life, but it’s relatively simple.

As an overall game, Eschalon: Book III creates an RPG experience that diehard D&D players, old-school gamers and passionate RPG fans may want to check out. But its inaccessible design, insanely steep learning curve and tedious pace are a major turnoff. As a game, it’s a complete, solid package, but it’s simply too much work for the masses to crack into.