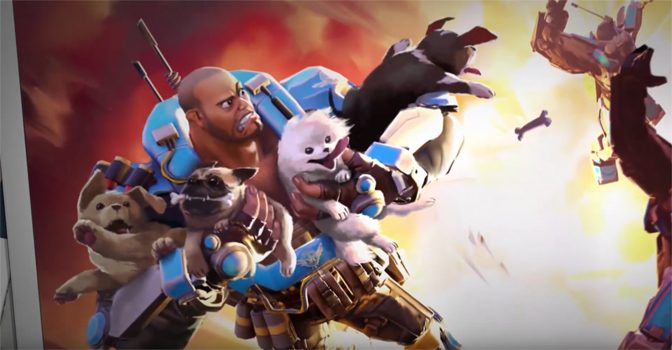 Strange Sevens, a new development studio at Pocket Gems, has announced the release of its debut title, Wild Beyond. The strategy game is set in a fantastical galaxy and features real-time battles, distinctive characters and factions, and social multiplayer gameplay in a world full of other players and alliances. Wild Beyond is now available for free in the App Store for iPhone and iPad, and on Google Play for select Android devices.

In Wild Beyond, players lead a Commander and a hand-picked army from their faction in real-time synchronous multiplayer battles. Factions provide unique personalities in-game, from the sci-fi / fantasy-based Ascension, to the futuristic military of the Legion, and even punk-rock-pyromaniacs from the Rogue faction. Players are dropped into a galaxy with these three warring factions, each with their own backstory, and fight across a diverse set of planets and battlefields. Underneath the beautiful, immersive world lies deep, strategic, and competitive real-time gameplay, complete with innovative collectible card game elements.

“Wild Beyond is our inaugural title and we’ve been working to turn it into a meticulously crafted experience for more than four years,” said Jon Selin, VP of Game Design. “We’ve brought together some of the best talent from all over the industry to create a unique mobile game that players are sure to enjoy.”

“Our artistic vision for Wild Beyond was centered around bringing a thriving and beautiful 3D world, inhabited by distinctive characters and charm, to the mobile market” said Alex Muscat, Studio Art Director. “We’re excited to show players what we’ve made.”

“From the beginning, we wanted to create a new style of real-time strategy game set in an immersive world with factions full of personality and relatable characters that players will fall in love with,” said Brian Shih, Project Lead for Wild Beyond. “This is an unparalleled game for all types of mobile players who are looking for deep and strategic gameplay.”

Wild Beyond has traditional RTS gameplay decisions like economy and tech, married with a deep collection of heroes and units. For more information on Wild Beyond visit www.wildbeyondgame.com.