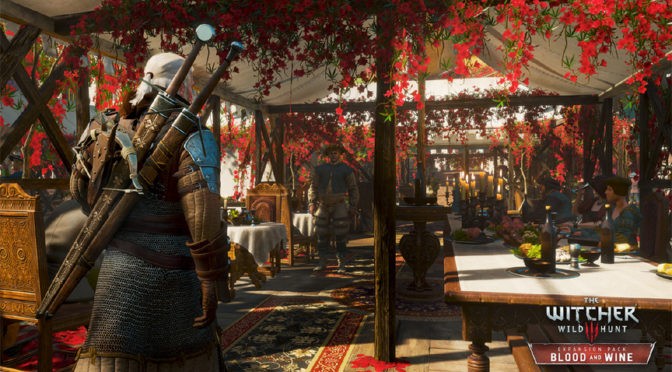 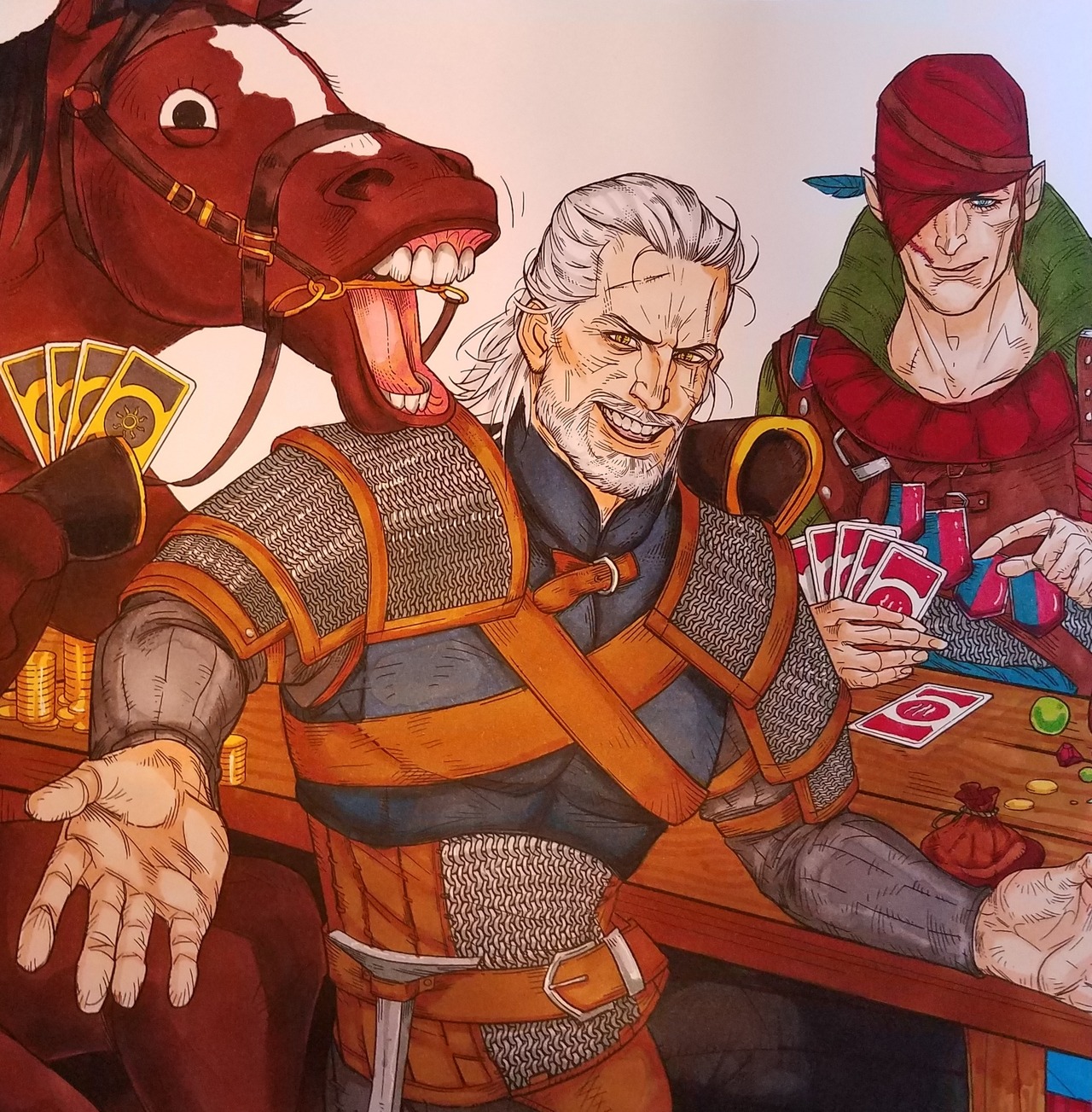 The Witcher is no doubt one of the most prominent and respected game series nowadays, which has not so long ago celebrated its 11th anniversary since the first game came out. It gave the game developers something to look up to even today; it gave the book fans the opportunity to ‘touch’ the world created by the writer of The Witcher Saga Andrzej Sapkowski; it gave the ordinary gamers an enjoyable game to spend hundreds and hundreds of hours in.

The Witcher has many sides to it, among which every gamer can find something they enjoy the most – sweeping through the main plot with well-known characters, improving the fighting system and slaying every monster that comes your way, the romance part, some can just enjoy exploring the diverse and broad open world of the game, and some might get hooked up on the in-game activities. So the last aspect is why I am writing this article at all because I am one of those people who spent hours and hours racing, fist fighting, playing dice poker and beating every single one of the Gwent matches.

All of this activities can be considered just added activities to enlarge the time you spend playing the game, on the other hand, it can be seen as we-heard-you-like-games-so-we-put-a-game-in-your-game-so-you-could-play-a-game-while-playing-a-game-approach. Or it can be seen as plain gambling online since that’s what it actually is considering it is the part of the world the story takes place in.

The world of The Witcher is quite dark and apart from blood and violence, it also has sex, alcohol and all package of human depravities shown. Why shouldn’t it have gambling? So if we are to choose between one evil and another, let’s just look closely at the gambling activities, shall we?

The dice roll, the flying fist and the tired Roach

One of the things that appeared in the first Witcher game and that traveled to The Witcher 2: Assassins of Kings was Dice Poker. Each player has a set of 5 dices and has to win two out of three rounds. The game is just an entertainment, but one of those that can make you lose a lot of money instead of getting any. But it really is the game of luck since no one knows how the dice will roll, and the level of players are only influencing the amount of bet you can make. This is the game where the luck and the depth of your coin bag are the only things that matter. Truly a game for those born under the lucky star.

The other mini-game is the one requiring no more or less than your attention – Fistfighting. You just have to block, dodge and attack at the right time. Why is it gambling? Because basically, you are betting on your own skill, reaction speed, and attention. And in The Witcher 2: Assassins of Kings the mechanics of the fistfights was even easier since they were just quick-time events and you just had to press the right button at the right time. The Wild Hunt is offering much more complicated gameplay and timings. Here you have to actually fistfight. And if you are good enough you can earn up to 1600 coins, which is quite a wager considering the prices in the game. Apart from the money, you will also receive several Champion titles (for each region), swords schematics and interesting stories to tell.

The next exciting gambling activity would be horse racing. Geralt himself is a great rider, but only you can make him even better, bring fame to him and his loyal companion Roach, and help him win some nice saddles, saddlebags, blinders (some of it can be sold). Both horse riding and horse racing appeared only in the third game of the series, but it is a very interesting process (which became much easier after the patch). Here you do the racing. The goal is simple – to be the first one crossing the finish line. You are going to have your rivals and they are not going to show you any mercy and they will be playing dirty. You have to be fast and smart because Roach’s stamina runs out eventually. And be careful and watch where you’re going, don’t turn away from the trail, cause even if you will come first, you’ll lose.

Be you a lass or be you a gent, You’ll never pass on a round of Gwent!

And finally, we have reached the biggest hit of The Witcher 3: Wild Hunt. The game inside the game that became its own brand – the Gwent. Invented by dwarfs and perfected over hundreds and hundreds of rounds, beloved and hated both by the online travelers during the long night battles and elegant passing-bys who shun away from any Gwent activities. The game requires tactics, strategy and a bit of luck. There are two armies and three rows (close combat, ranged combat, and siege), each player receives 10 cards at the beginning of the game and the starting player is selected through the coin toss. The goal is to win 2 out of 3 rounds. Players make moves one by one and you can only play one card ber move, so you have to make do with what you have at the beginning because there are little to none opportunities to change your cards and get some new one. The Gwent needs you to make not only instant decisions but also plan ahead since you have another one or two rounds to play. To play a game you have to choose and gather your deck first – there are four original decks (Monsters, Nilfgaardian Empire, Northern Realms, Scoia’tael) and one from the Blood and Wine DLC (Skellige). Each deck has its own strengths and weaknesses, its own game style – some take quantity over quality, some prefer to be sneaky and use lots of spies, some are headstrong and some have dangerous aces up their sleeves. The players themselves have to decide which game strategy they prefer the most.

So yes, Gwent is an interesting, frustrating and exciting game. But what does it have to do with gambling? Well, everything. Gwent is the biggest gambling activity in the whole game series. The most part of wins is not much satisfying financially, but it does make you happy if you’ve finally managed to win a game match with some blacksmith in the middle of nowhere when you’ve already lost to him 15 matches in a row. The game challenges you, it makes you think and plan, look outside the picture, try to understand your rival and what do they also have in store for you. And apart from all that it is sometimes a key element of the world.

There are some detective-like quests based on the Gwent tournaments where not only the end of the story is interesting but the price is also quite promising. There are quests where winning a Gwent match will help you get out of conflict or give you an advantage in the quest ahead. But the role of Gwent in The Witcher is not only another entertainment for the players and instrument of quests nonlinearity, but it is also a prism through which the game developers are showing the problems behind it – like gambling problems, causing family quarrels, drunk fights, forgery, etc. They are reminding the players how is all good and fun, but everyone should be responsible for their own behavior. Nevertheless, Gwent is still an incredibly loved game. And considering how Gwent has become its own game, where people were actually playing day and night, we can definitely say that it has won over lots of players hearts.

Some Articles End, Some Musings Begin

So why did I spent all this letters and commas for? To talk about gambling and how The Witcher game series is a perfect platform for the demonstration of all the sides and kinds of gambling phenomena. How it can be unpredictable and totally controlled by luck, how it can be solely dependent on the skill and attention, how it requires planning and strategy, and how it is loved and hated by the players of all ages, genders and social levels. And the most important thing is that there is always something that you can find for yourself, find your own game. You can master all of them, or you can just concentrate on the one you love the most. The choice is yours, or you would rather not choose at all?

One thought on “Does The Witcher Game Series Include Gambling?”