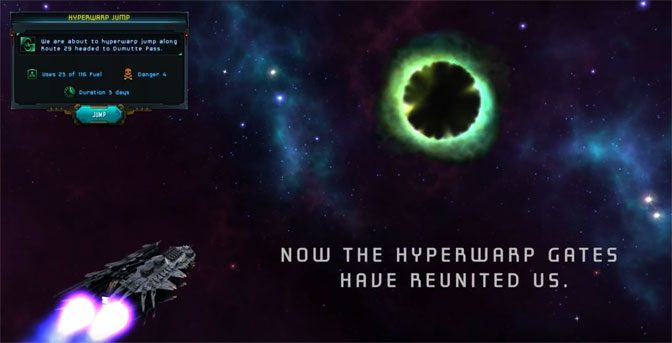 Reaping the benefits from a full year of updates, the mobile version of Star Traders: Frontiers features the same outstanding polish, replayability, narrative depth, and branching paths of the original Steam release – offering fans on the go a native, dynamic touch interface that’s finely tuned for both smartphones and tablets.

In Star Traders: Frontiers, you get to take command of a ship and crew as a space pirate, merchant, bounty hunter, and more. Master your destiny as you venture through a vast, living universe. Choose your path in a constantly evolving galaxy torn by internal strife, political intrigue, and alien threats. Will you fly as a pirate terrorizing the shipping lanes, join the solar wars as a military captain – or track targets as a fearsome bounty hunter? The choice is yours.

Customize your ship with more than 500 upgrades. Journey across across endless procedurally-generated galaxies with a detailed simulation of political, economic, and personal vendettas. Every single crew member and officer is a full character with personality traits, history, job, and talents: Watch them grow, manage and promote them, celebrate their victories – and perhaps even mourn their deaths.