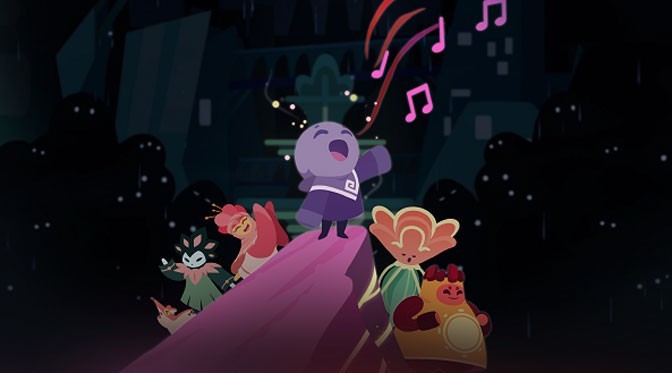 The critically acclaimed vocal 2D platformer where you solve puzzles, by singing or humming into your microphone gets a final release date. And it will be released on all platforms – even mobiles – at the same time. How many games are there that do that?

One Hand Clapping will be released on December 14th, 2021.

So give yourself an early Xmas treat and get your very own copy of One Hand Clapping on Steam, Epic Games Store, GOG, Stadia, PlayStation 4, Xbox One, Switch, Apple App Store, Google Play Store or Samsung Galaxy Store.

This beautiful game is already loved by critics and influencers and was awarded many prestigious prizes. E.g. the Indiecade Audience Choice Award, Intentional Play Summit Best Student Game, USC Game City Bazillion Dollar Idea and lately a “Pädagogischer Medienpreis” as well as the Creative Gaming Award for “Most Creative Game.” One Hand Clapping, being uplifting and accessible for everyone, sets out to make you a believer in your own musical skills.