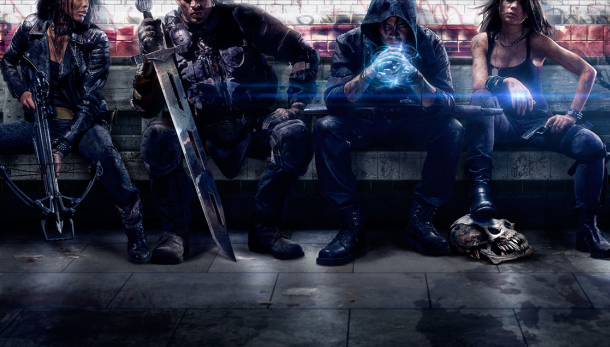 BioWare unveiled Shadow Realms, at Gamescom 2014, during the EA press briefing.  Coming to PC, Shadow Realms is an action RPG, pitting four players against one.

BioWare is the creator of the incredibly successful Mass Effect and the Dragon Age series and released a number teaser trailers in the lead-up to Gamescom.

Lead game designer at BioWare James Ohlen says on the Shadow Realms website, “Shadow Realms has its genesis in old school Dungeons & Dragons. When I first started designing BioWare RPGs back in the 90s, what drove me creatively was the desire to give players the experience I had while playing pen and paper games as a youth. The great storytelling, the feeling that anything could happen – these were experiences that you couldn’t find in any other game. And the great thing was that these adventures never had an end. A good Dungeon Master could keep a story going for months or even years.”

Apparently, the game is going to be episodic, with the aim of making players feel like their enjoying a long-running tabletop campaign. The four players fight against the Shadowlord, who is controlled by another player. The Shadowlord takes on the role of game master (GM) in BioWare’s vision.

Shadow Realms is the latest in a growing list of games that allow players to “become the monster”, most notably, Fable Legends, coming to Xbox One.

The setting for the game appears to be a modern, urban fantasy, with a group of teenagers fighting against a dark force called the Shadow Legion. Online games never lend themselves to strong narratives, particularly well, so it’ll be interesting to see how BioWare handles this one. It certainly has high expectations to live up to and Shadow Realms looks much more ambitious than the urban horror I was expecting.

The game is coming to PC in 2015, but you can sign up for the alpha now via the Shadow Realms website.