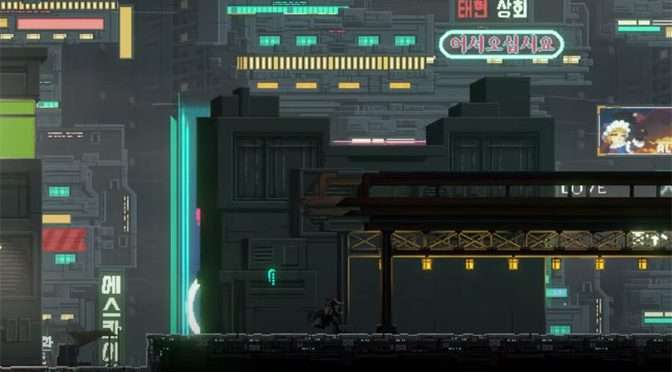 NEOWIZ and indie developer Wonder Potion are excited to announce that SANABI is now available on Steam Early Access. Players are now able to showcase their mad swinging skills thanks to SANABI’s exhilarating and stylish dystopian action-platforming gameplay. During early access, developers will be working closely with the community to ensure that the game becomes something truly special. The team is deeply committed to its fans and the community so everyone will want to join in on the fun.

SANABI puts players in the jump shoes of a retired veteran who is recalled to service for one last operation. The goal? Ascend to a mega-city ruled by a corrupt conglomerate. Players will use a signature chain-hook prosthetic arm to climb the heights while utilizing quick maneuverability to quickly defeat enemies. Players must hunt down the mysterious entity known only as SANABI and uncover dark secrets hidden deep within the city.