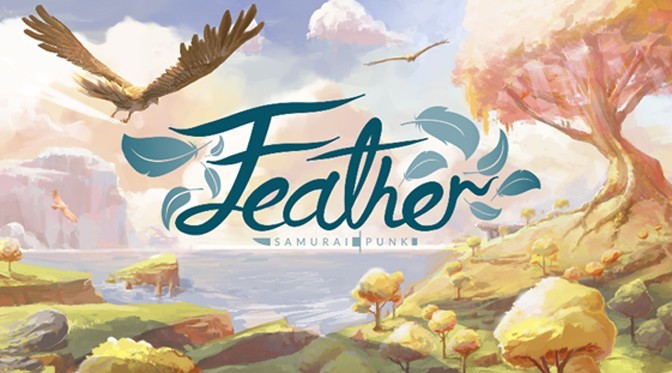 Feather, the zen-like “bird simulator” from Australian dev Samurai Punk, is making its way to the PlayStation 4 and Xbox One just a week from now – Wednesday, September 30.

With perfect timing, Feather invites both PC and console gamers to leave their worries on the ground and embrace the light-as-a-feather quality of birds in a beautiful, flat-shaded world without enemies, combat or objectives.

In addition to passive online multiplayer – which allows friends old and new to share the joy of flight in real time – the Explorer Update also adds a number of new features and improvements to Feather:

• The game is now fully cross-play – meaning that players will encounter birds (i.e., other players) from all supported platforms.
• A brand new area has been added – hidden deep within the islands.
• 6 new songs and 4 new birds to discover.
• New weather conditions! Some days can get pretty windy…
• Improved detail.
• Steam: Now with Mac support!
• New renderer is now able to spawn significantly more undergrowth.
• More objects in the world can be perched upon.

Lose yourself in flight surrounded by nature and friendly creatures to the beat of a soothing ambient soundtrack. Fly free, explore, and make connections along your journey. Swoop, glide, and backflip your way around mysterious locations to uncover hidden paths that only birds can follow. There’s no right or wrong, no demands, no bosses – only you, the wind, and the sky!