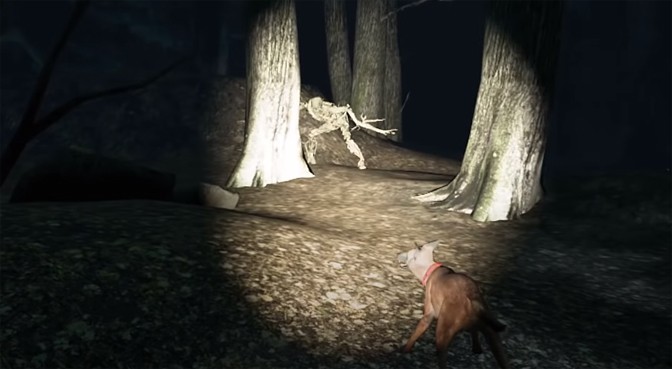 Bloober Team’s frightening take on the Blair Witch story is headed to Oculus Quest just in time for Halloween!

The Blair Witch story has been rebuilt for the Oculus Quest platform to offer a uniquely immersive and horrifying VR experience. With environments redesigned for more interactivity and accommodate new creature encounters. In addition, there is a new control system and mechanics for your canine companion, Bullet – give him a treat right out of your hand, pet him at any time, and even play fetch! Players can enjoy a 360 immersive experience in the Black Hills Forest. Designed with the Oculus Quest platform in mind, Blair Witch: Oculus Quest Edition supports higher resolution and high-quality textures made possible by the power of this new hardware. Blair Witch is planned to release on additional VR platforms in the coming months.

Features:
• New ways to interact with your sidekick, Bullet
• Newly-designed interactive environments to immerse you in terror
• Catch, throw, and stack objects that you find throughout the woods
• Map out your theories with an interactive marker to draw on paper and other objects
• Drawers, doors, gates, and car trunk open at your touch in your investigation
• Snap branches with your hands
• Operate handles and buttons and unlock doors with keys and codes plan escapes
• New control system optimized for horrifying VR gameplay
• Eerie new sounds and spine-chilling in-game events to surprise and scare players
• Additional encounters with the mysterious forces that lurk in the forest