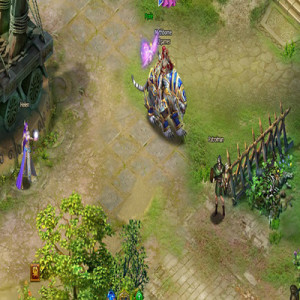 Mythborne players will be able to choose between five classes: Duelist, Oracle, Hunter, Mage, and Paladin. As they progress through the story, they will have the chance to recruit non-playing characters, known as Heroes, to fight alongside them in battle. Players will have to balance their hero squad’s strengths and weaknesses against their own character’s skills in order to advance in the game.

Mythborne will launch its Alpha test on Thursday, September 4th, 2014 at EDT 10:00 AM. It will last for one week and the feedback obtained will be used to fix any existing bugs and improve the user experience. Once the test is over, all character and account data will be deleted in preparation for the game’s Open Beta release.