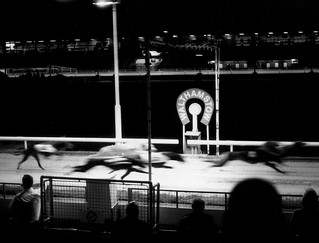 Just like Pro Evo can give you a better appreciation of football and Dirt Rally can give you an insight into rally driving, Greyhound Manager 2 can help teach you more about the world of dog racing. Following a similar format to classic computer gaming hits such as Championship Manager, Greyhound Manager 2 puts you in charge of a stable (kennel) of emerging talent and it’s your job to guide the dog to glory.

Primarily a PC game but also available for Mac devices, this title combines realism and traditional game play in a neat little package. The game starts off by offering you a choice of greyhounds. From this point on you’re put in charge of what they eat, how they train and the races they take part in. 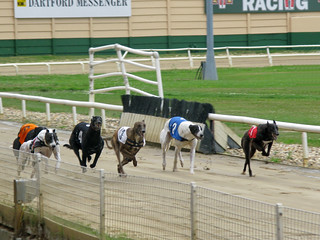 A Game from a Reputable Stable

To give the game as much realism as possible, the developers have programmed in 28 UK greyhound tracks, added detailed race cards and added more than 100 automated trainers. On top of its in-game capabilities, Greyhound Manager 2 also allows you to export your data and compete against other players from around the world using its online connect system.

For those familiar with racing manager style games, the overall look and feel of Greyhound Manager 2 may be familiar and there’s a good reason for that: it’s created by Mark Loveday, the man behind the gaming series, Starters Orders.

A horse racing manager game that allows you to train and race thousands of horses via your PC, Mac or mobile, Starters Orders is now in its sixth incarnation and recognised as one of the most detailed racing manager games in the world.

Trading off the back of this reputation, Greyhound Manager 2 has been imbued with a host of variable dynamics, including the weather, the tracks, the competitors and the realistic racing conditions such as bumping, blocking and unexpected slips. This attention to detail in the actual running of each race not only makes the game play element of this title extremely entertaining, but it makes the game extremely challenging. 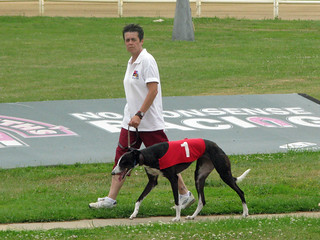 Indeed, while you may get away with putting your greyhound into the early races with very little training, this strategy will only get you so far. In fact, if you want to be successful in this game you’ll need to do your homework and learn about some of the nuances that underpin the sport of greyhound racing.

Of course, you don’t have to be a professional level trainer to enjoy Greyhound Manager 2, but you do need some idea of how the sport works and what it takes to create a winner. So, with this in mind, we got some of our expert gamers to try their hand at this game and come up with some ways in which you can improve your chances of success.

Study the Latest Form: Although you won’t find any of the dogs in the game running live races in the UK, you can get ahead of the game by checking out the latest betting markets. Logging into a greyhound racing portal and checking out which dogs are winning and which aren’t will give you an idea of what it takes to become a champion.

For example, inside a greyhound betting platform such as betfair you’ll find a slew of news articles, race cards and expert insights alongside the day’s odds. By reading through these resources and getting a flavour for the industry as a whole you’ll have a much better chance of making the right in-game decisions.

Get the Inside Track: Another thing you can do in order to get ahead of the competition in Greyhound Manager 2 is to read through the vital stats of the 28 tracks listed in the game. Head over to a dedicated greyhound information portal such as the Greyhound Board of Great Britain website and learn as much as you can about the industry as a whole.

From here you can then visit the websites for each individual track, such as Peterborough Stadium, and find out how the course runs, which types of runners enjoy the most success there and how various weather conditions affect the going. Although the game will throw up a number of surprises, the more familiar you are with a track, the better chance you have of reacting to it in a positive way.

Take Your Time: The final tip for success in this game is to take your time. Like all manager-style games, it can be tempting to rush through the game and get into the action as quickly as possible. However, if you do this you’ll often be under prepared and the game will become boring almost instantly as you’ll struggle to win races.

Take a few minutes to read each message, to check the weather reports, analyse your past performances and get an insight in your opponents. Parts of this may be time consuming, even tedious, but that’s the nature of manager games and if you can’t live with it then maybe you’re in the wrong virtual arena. Being able to handle the cerebral elements of a game such as Greyhound Manager 2 is almost as important as being able to handle the on-track action.

Managing Your Own Entertainment 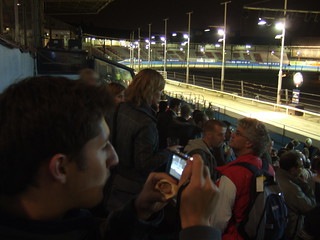 While we can’t guarantee our tips will help you become a greyhound maestro or even help you enjoy it, we do think they’ll give you a much greater chance of performing well. Managerial games aren’t everyone’s cup of tea, but they do offer a certain something and if you’re willing to fully engage with them then they can be highly entertaining. Indeed, regardless of whether you’re a fan of greyhound racing or not, this title is one that’s worth downloading if for no other reason than it costs less than £15 ($23).

Moreover, going back to our original hypothesis, by learning more about greyhounds in order to succeed in this game, you’ll also learn more about the sport itself and that opens up a world of possibilities. Indeed, from having a greater appreciation of the sport as a spectator, to having a better chance of making successful sports bets, the process of playing Greyhound Manager 2 could give you a whole new sport to fall in love with.