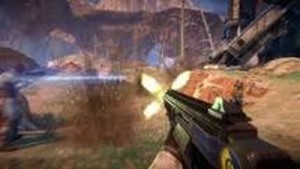 As the only PlayStation 4 game that brings massive communities of players together to fight simultaneously across enormous battles, PlanetSide 2 offers a truly massive world combat conflict. Players can still register for the Closed Beta, which begins today with a few thousand initial invites followed by a steady increase throughout the Beta period. Players will be invited to Beta chronologically and can opt in by email for a chance to participate in Closed Beta via the PlanetSide 2 website.

The Beta period for PlanetSide 2 on PlayStation 4 will enable SOE to test servers, performance and various other aspects of the game. Players in Beta are fully encouraged to offer constructive feedback through community forums and official PlanetSide 2 social channels.

PlanetSide 2 Closed Beta is now available for the PlayStation 4 in the United States, though the Beta will expand to future countries and territories in the near future. A final game launch is slated for later this year.