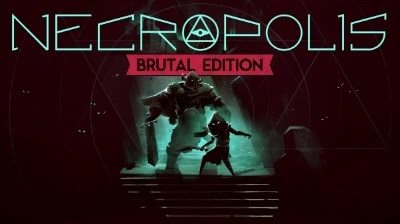 The console editions of Necroplis feature everything players want from a permadeath diabolical dungeon delve — two bold adventurers to choose from (the nimble Blackguard and the sturdy Brute), deadly environments to explore, bizarre creatures to combat, and lots of loot – gems, weapons, armor sets, potions, scrolls, and more. And with 4-player co-op, friends can watch each other’s backs and revive one another as they wind their way deeper and deeper into into the magical deathtrap.

“Necropolis brings the pain to consoles with a wickedly fun and an easy to learn, but tough to master campaign through an always evolving dungeon,” said Eric Hartness, Vice President of Marketing for Bandia Namco Entertainment America Inc. “Being able to team up with up-to three other friends for a cooperative adventure introduces a whole extra layer of exploration and excitement where death can occur around any corner.”