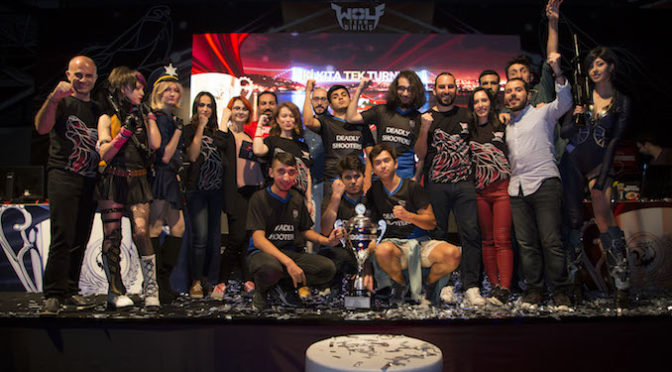 Over the course of the past week, September 25th through September 30th, the ELeague OverWatch Open took place with a total prize pool of $300,000. This was broken down into the North American Regional finals, European Regional finals, and the grand finals.. The competition comprised of 16 teams with 8 teams per region. Each of the regions where broken into two groups with a double elimination format where the top two teams went to the regions playoffs. The winner of each playoff went to the grand final. The grand final, with a prize of $100,000 and a best of five match, was between North America’s Team EnVyUs and Europe’s Misfits. Misfits took the final with a 3 – 1 victory over EnVyUs.

Overwatch is a first person shooter where each player controls a hero with specialized abilities and gear. Heroes are categorized as tanks, offense, defense, and support. There are 22 heroes to choose from. In competition there are two six-person teams that battle over objectives and take down the other team to achieve victory. 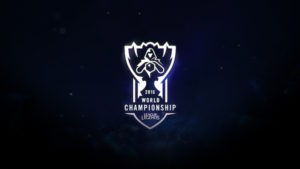 This year’s worlds are taking place from September 29th to October 29th with teams from North and South America, Europe, and Asia. Each team will be competing for the Summoner’s Cup starting with the group stages. There are four groups, groups A – D and they will play round robin best of one matches with each team playing the other three teams in the group twice. Following the group stages will be the best of five knockout round, leading to the grand final on October 29th.

Eight players throughout Europe competed on September 24 and 25 for $100,000 in prizes and an invitation to the Hearthstone World Championship at BlizzCon in November. First place went to Artem “DrHippi” Kravets who won against George “Georgec” Connolly with a 4 – 2 victory. The Summer Championship comprised of the quarterfinals, semifinals, and finals. Matches are best of seven conquest and a single elimination bracket. The conquest format involves each player having only three decks with a unique class for each deck. The winning deck cannot be used again by that player and they must choose from the other two decks in the next round. Players can chose from five classes and are allowed one ban.

From September 30 to October 1st eight players competed in the Asia –Pacific Summer Championship for HearthStone. This is the same format as the Europe Championship with a total prize pool of $100,000 and an invitation to the world championship. The final battle was between Ilmook “handsomeguy” Kang and Chun-Pong “Yulsic” NG, with handsomeguy taking the win with a 4 -1 victory.

ESL One New York was a Counter Strike: Global Offensive tournament held at the Barclays Center in New York on October 1 and 2. Eight teams from around the world battled for a $25,000 prize pool.   The tournament starts with the group stage with five rounds of best of one matches. Using the Swiss format ESL One advances and eliminates teams based on how many wins and losses they have. A team that gets three wins advances to the semifinals and the teams with three losses are eliminated. Only the first round of matches are predetermined afterward matches are determined on their win-loss score.

The eight teams in ESL one are:

The semi finalists:
SK Gaming vs. Virtus.pro 1- 2 and Natus Vincere vs Team Liquid 2 -1

Wolfteam Championship Final
In Istanbul, Turkey from August 27 – 28 the Wolfteam Championship Final, organized by Wolfteam and sponsored by Nescafe 3 – in – 1 Extra took place with a prize pool of 100,000TL ($33,292). The Wolfteam Championship began with 32 teams with only Deadlyshooters and Dark Passage making it to the final. Deadlyshooters beat Dark Passage 9-7. Wolfteam is a popular MMOFPS in Turkey with over 30 million users. In the game the player has the ability to transform between humans and werewolves with humans getting a multitude of weapons to choose from and werewolves limited to range attacks. Werewolves have an advantage over humans with speed, strength, and durability. There are several team modes in Wolfteam such as conquest mode where teams work together to capture bases, and destruction mode where teams try to demolish the other teams base.

Intel Extreme Masters at the Oracle Arena in Oakland, CA: November 19-20
The top CS:GO and League of Legends teams will both compete at the tournament. Teams for CS:GO are going to be determined from the iBUYPOWER Masters qualifier on Noverber 12 and 13. Only the top four teams of the eight-team qualifier will go to the IEM Masters for a chance at the $300,000 prize. The qualifier will have a prize pool of $100,000.

The NBA and European Football were involved in eSports this past month with players, owners, and entire teams getting into the eSports phenomena. Here are some of the news stories involving  pro sports oganizations and players. 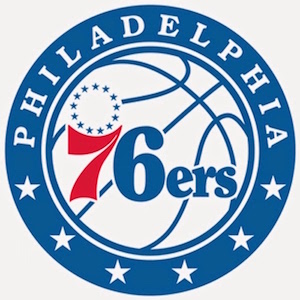 It was announced in September that the Philadelphia 76ers are now owners of two eSports teams, Team Dignitas and Team Apex. All teams that currently compete for either Dignitas or Apex will be under the Team Dignitas name. These include the Dignitas CS:GO, Overwatch, heroes of the Storm, and Smite teams.  Also, the Apex NA LCS team. Though individual players in the NBA and other American sports organizations have been involved with eSports for awhile it is the first time an actual American sports team became owners of an eSports franchise.

The investment group aXiomatic eSports with names like Magic Johnson, Peter Guber, and Ted Leonisis have purchased Team Liquid. Peter Guber is the CEO of Mandalay Entertainment Group, which co-owns the Golden State Warriors, Los Angeles Dodgers, and Los Angeles Football Club. Ted Leonisis is owner of Monumental Sports & Entertainment, which owns the Washington Capitals, Washington Wizards, and Washington Mystics. Team Liquid is one of the largest eSports organizations in the world with teams in StarCraft II, League of Legends, Dota 2, Hearthstone, CS:GO, Heroes of the Storm, Overwatch, and Halo. 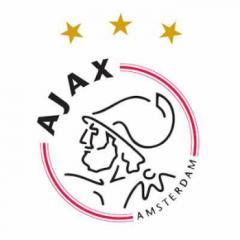 Moving onto European football,  the Dutch football club Ajax has signed FIFA five time national champion Koen Weijland from the Netherlands, who is also a  lifelong Ajax fan.  Koen will represent Ajax with the number 39 jersey.  Ajax is the 10th club in Europe to sign a FIFA player. Others include FIFA player Kieren “Kez” Brown representing Manchester City Football Club in eSports tournaments. Another Premier League team West Ham signed on Sean “Dragonn” Allen back in May.

EA FIFA 17 is now available on the PC, PlayStation 4, and Xbox  One. Check it out at the EA Sports official site.

Launched on September 15th was Konami’s Pro Evolution Soccer 2017 for PlayStation 4, PlayStation 3, Xbox One, Xbox 360, and PC. PES 2017 features a mode that allows access to the PES League eSports competition. Players will be able to compete in official PES League matches. Details on the PES 2017 season have not yet been announced.

For information on the PES League check out the official site: https://www.pesleague.com

In event news, the best Chinese Dota 2 players will meet between October 13th and 17th for the Nanyang Dota 2 Cruise Cup. This event will be held on the deck of the Sapphire Princess cruise ship launching from Shanghai. Even with stops in Japan and South Korea the players will play all matches on the ship. It’s a LAN tournament with satellite used for the online connection. The Dota 2 Cruise Cup will be made up of four Chinese teams, Newbee and Wings Gaming as direct invites, and two teams from the Chinese qualifiers that have yet to be determined.

That covers some of the competitions and news in eSports that I have come across. As this is a new column I want to let our readers know more about the format. The GiN eSports coverage will be at least two columns a month with one being competition highlights and news and the following columns will be a feature, could be a game, team, or even include an interview. So stay tuned.

If you have suggestions for future coverage or want to know more about a team and game please use the comments section below.