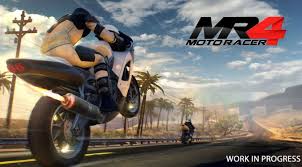 The cult arcade style moto racing series makes its big return with Moto Racer 4 and provides a look at its first trailer. Please note that the game will ultimately be available for PlayStation 4, Xbox One, PC and Mac on November 3rd.

Developed by Microïds and Artefacts Studio under the supervision of original creator, Paul Cuisset, Moto Racer 4 revives the winning formula that made the trilogy so successful, offering 2 playing modes – Asphalt and Dirt. In a world where freestyle and risk-taking dominate, players can choose to ride motocross or high-speed racing bikes. They can also choose from a variety of characters with different personalities and will have to do whatever it takes to win – drifting, tricks, even sending their opponents crashing off road or into traffic. From the United States to Asia, through the desert along the way, Moto Racer 4 will take players to perilous, breath-taking racing circuits.

Moto Racer 4 can be played in single player, split screen or a multiplayer mode of up to 10 players at once! With the PlayStation VR (release schedule for October 2016), players can completely immerse themselves and experience the races like never before.

Moto Racer 4 is scheduled for release on November 3rd, 2016 for PlayStation 4, Xbox One, PC and Mac in French, English, German, Spanish and Italian.