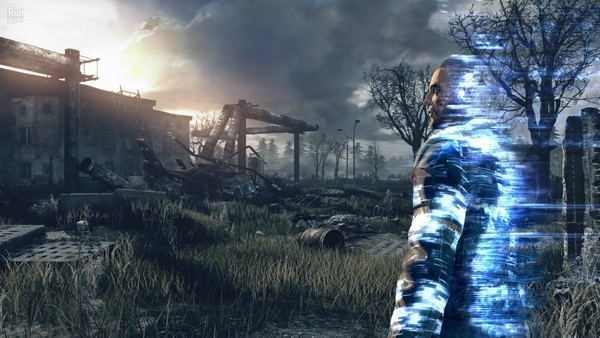 Leading interactive entertainment media publisher and developer Bandai Namco Entertainment America Inc. today announces Get Even, a psychological thriller that will have players questioning their perception of reality and justice. Developed by Polish videogame developers at The Farm 51, Get Even is set to be released in spring 2017 on PlayStation 4 computer entertainment system, Xbox One, and PC via Steam.

In Get Even players take the role of Cole Black who awakens in an old abandoned asylum, his sole memory is the attempted rescue of a teenage girl with a bomb strapped to her chest, the rest of his memories wiped away. Players will explore an eerie and destitute world on a mission to discover the truth behind his traumatic memory. Get Even’s twisted tale will have players questioning their perceptions of reality and the true meaning of justice as they unravel the mystery of how Cole ended up in the asylum and the fate of that teenage girl. Get Even will deliver an unparalleled sense of immersion through the use of Auro-3D acoustics technology from Auro Technologies.

“Get Even is the biggest title that has ever been produced in our studio – it features the deepest story and the most advanced technology our teams have ever worked on.” said Wojciech Pazdur, Development Director at The Farm 51. “Thanks to the support we are receiving from Bandai Namco Entertainment, we have now taken this up to the next level and polished every aspect of the game in ways that were not possible before. Today, we are extremely happy that we can finally show the new face of Get Even to both players and media, immersing them into a new experience and asking them to find out “What is real?”

Get Even is currently rated “RP” for Rating Pending by the ESRB. The game will be coming to the Americas for the PlayStation 4 computer entertainment system, Xbox One, and PC via Steam in spring 2017.