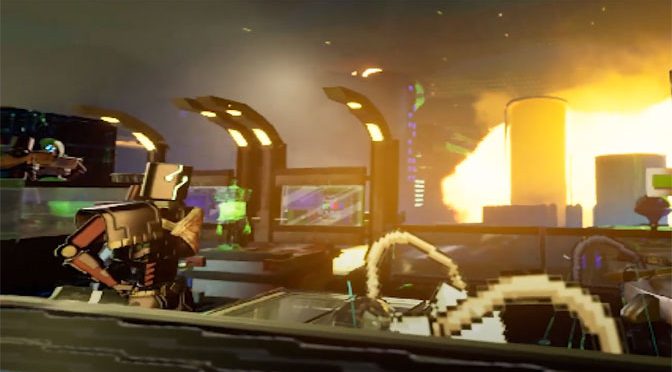 Motherboard is a platformer/platform game in a unique setting. The game world is the interior of the computer, the components of which serve its inhabitants to live worry-free in the digital world.

The player takes on the role of a Bit – experienced worker, who, just like other people of its kind, is involved in extracting energy created by the laser dragon.

When Motherboard is attacked by a terrible virus, the hero of the game goes on a lonely journey to the city’s capital – Procesopolis, with the mission to stop the spread of infection.

The land inside your computer is waiting for you to visit it. Each of the components is a city, a settlement, or land inside the game universe.

Experience an unforgettable adventure! Visit the soaring towers Procesopolis, explore the endless voodoo swamp, or try to climb into the rotating sun. From a great wake-up call, bits and bytes work to live, enjoy and by the way, make your computer work at 100%.

Take control of the young Bit, which was the only one to resist the dark forces and now uses them against the enemy. Rescue your brothers and sisters, find shelter, and get to know what is behind the attack. Every day you use your computer to watch a movie, talk to friends, or listen to music. Now the computer needs your help!

The shadow of an unknown hostile force infected the peaceful world of Motherboard. Whoever he reaches becomes his soldier. It is unknown where he came from. Is this the ancient evil that has always inhabited the underworld? Or maybe it comes from the Land of the endless light and darkness? No one knows, but the enemy must be defeated. Otherwise, Motherboard will no longer exist!

Motherboard is an action-adventure game, settled inside the computer! Take on the role of the Bit – one of the inhabitants of the motherboard and help him to save the world from viruses!