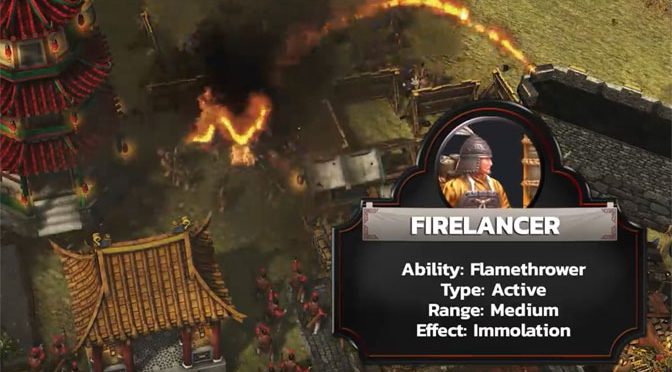 Exclusive to the new Military Academy structure, these special units will each possess a historically accurate ability that can turn the tide of battle in your favor:

Mongolian Horse Archer
Building on their colt following in the Stronghold series, Mongolian Horse Archers are perfect for dealing with Tribesmen intent on crippling your economy. By out maneuvering pesky scouts long before they can get near your farms and peasants, your horse lords can make quick work of lightly armored troops and exposed siege equipment. Get in there and stirrup trouble! 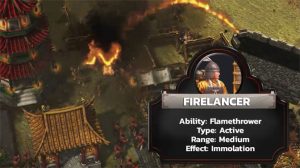 Inspired by the Jin-Song Wars of ancient China, the Fire Lancer can make rival players blazing mad with their ‘Immolate’ ability. Kick ash and make flames by burning enemy Laddermen before they can send their army over your castle walls and into your keep. Shield them with Mantlets and other units and you’ll soon warm up to the Fire Lancers as a vital component in your attacking forces.

General
In a break from series tradition, Stronghold: Warlords introduces new ways to boost the spirits of your soldiers. Now you can give them morale, instead of just more ale! In Warlords an inspired siege force that would otherwise clash fruitlessly against enemy walls might survive long enough to breach their defenses. With the help of a commanding General players can boost nearby units and take out siege defenses, archers and traps, allowing your siege to succeed.

Scheduled for release on Steam in 2020, players can find out more about Stronghold: Warlords by visiting the game’s official website: www.StrongholdWarlords.com