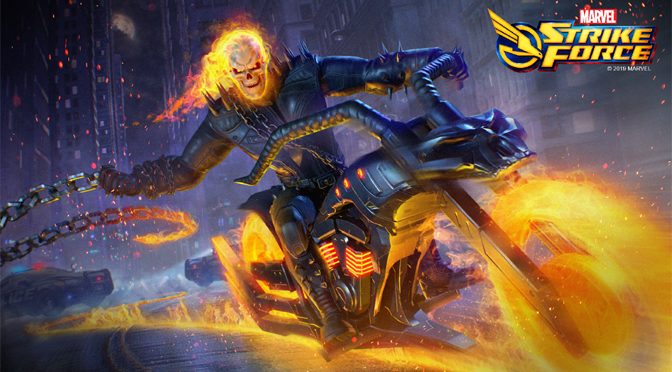 S.T.R.I.K.E. agents beware! Just in time for Halloween, a ghoulish gang of brawlers are descending into MARVEL Strike Force to cast a spooky combination of supernatural powers upon enemies.

New characters joining the game in the coming weeks include:

• Ghost Rider blazes into MARVEL Strike Force equipped with a hellfire chain whip to unleash justice on his enemies. As a member of the new Supernatural team, he punishes souls of the wicked with his iconic “Penance Stare” to drastically damage enemies and drain their health.

• Elsa Bloodstone, aka the Supernatural Sharpshooter, guns down foes with the highest accuracy. Players can pair her with other Supernatural team members to gain additional accuracy and “Crit Chance.” Inflict further damage with her Ultimate, which grants her “Offense Up” and deals AOE damage.

• Dr. Strange joins the ranks of the Supernatural team! When paired with three or more Supernatural allies, he heals every time a buff is applied to an enemy and gains “Deflect.”

• Scarlet Witch is naturally a member of the Supernatural team, and her Ultimate now applies “Defense Down” to all enemies when allied with four or more Supernatural allies.