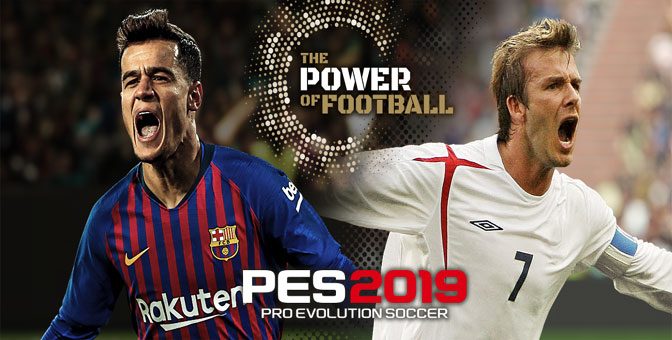 Konami Digital Entertainment, Inc. announced today that it has entered a partnership with Club Atlético Boca Juniors (Boca Juniors), which includes an exclusive in-game license. As part of this partnership, fans will be able to play their favorite Boca Juniors’ players with current kits and iconography, including epic matches in the legendary La Bombonera stadium – all exclusively in PES 2019.

“Maintaining the integrity of our club is one of the most important factors when considering partners, and we believe PES 2019 exemplifies that same standard through its unmatched realism and authenticity,” said Club Atlético Boca Juniors marketing team. “We are thrilled for this new venture with KONAMI as it offers our fans an exciting way to experience the spirit of Boca Juniors.”

“Boca Juniors is synonymous with excellence as they are one of the most celebrated teams in the world of football, so we are thrilled to announce them as our first exclusively licensed club in Argentina,” said Andre Bronzoni, PES Brand Manager, Konami Digital Entertainment, Inc. “It is an honor to partner with Boca Juniors and a privilege to authentically recreate this prestigious club exclusively in PES 2019.”

PES 2019 is now available on PlayStation 4, Xbox One and PC Steam, and is available in two physical editions, with new global ambassador Philippe Coutinho on the front cover of the standard edition and David Beckham on a special edition which gives fans the opportunity to unlock myClub bonuses. Also available is the digital-only Legend edition that includes even more content for myClub!