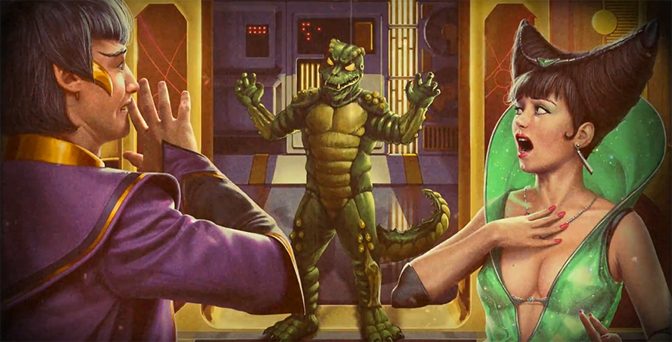 Alawar Premium presents the beta demo of ‘I am Not a Monster’ a new game developed by Cheerdealers, a second independent title release after their popular game Distrust launched last summer. Beta testers who download the steam demo are invited to fill out a survey, and this will act as an official entry into a giveaway giving early adopters a chance to win some ‘beta gifts.’

“Hunting a Monster that mirrors your human form is a challenge; any one of the players can be friend or foe! Keep your eye out and trust no one. We designed the game to be enjoyed by a group of up to 6 players; we look forward to player feedback during our current beta test through steam, so we can further develop the game aligned with what our fans want. We plan to plan to launch sometime in 2H of 2018.”– Stanislav Stepchenko, Producer

A tourist starship is under invasion by monsters. They take human form and are picking off the passengers one by one. The bravest civilians take up arms and fight back. But first, they must figure out who are the monsters.

Each PvP session features a group of up to six players, where every player is randomly assigned the role of civilian or monster, with a max. of two monsters.

If you are a civilian:

•Trust no one. Suspect everyone.
•Watch out: infected by a monster, civilians have just a few moves to heal, or they turn into monsters themselves.
•Check the boxes around the starship for weapons and tools.
•Combine loot to gain a unique ultimate ability that you can use to turn the tide of battle.

If you are a monster:

•Learn your enemies’ strategy and adapt to it.
•Take part in conversations and gain civilians’ trust.
•Infect the passengers to respawn if you are disclosed and killed.
•Infect the civilians to turn them into ones of your own.

Find the demo on Steam!