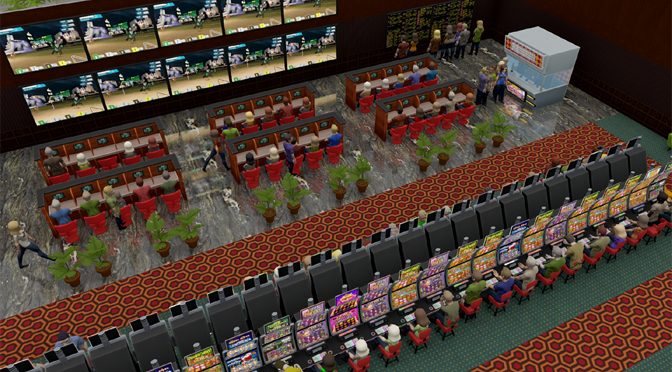 Online casino sites are extremely popular, and millions of people visit these sites every day from all over the world.

The online gambling industry is believed to be worth a total of around 70 billion US dollars! While gambling itself can be traced back to the ancient Romans, the advent of the internet has provided the most seismic shift in the industry that has ever happened.

But how did online casinos get this popular and profitable? Read this guide to explore how this came to happen, from the birth of online casinos to the modern-day.

The Birth of Online Gambling

The World Wide Web really began to take off in the 1990s, resulting in many industries moving many of their operations online into the virtual world. Of course, the gambling industry was no exception to this rule.

In 1994, two events happened that can be said to have started the online gambling industry. The government of the small Caribbean nation of Antigua and Barbuda passed a law called the Free Trade and Processing Act. This law permitted the granting of gambling licenses to online businesses.

The other event was the founding of a software company named Microgaming on the Isle of Man just off the coast of England. This company launched a site called The Gaming Club, which is believed to be the world’s first online casino.

In 1995, a company called CryptoLogic that specialized in facilitating online financial transactions launched a site called InterCasino, which featured a fully functioning cash-based betting system. InterCasino was the predecessor to modern casinos that enable users to play using PayPal funds.

By the year 1997, there were around 200 online casinos in operation. These early casino sites were simplistic when compared to modern sites. Due to a lack of regulations and standards, all but a couple of these sites no longer exist. However, online casinos were steadily gaining popularity. In 1998, the very first sites offering online poker were launched, and the following year saw the advent of multiplayer online gambling.

As online casinos became more and more popular, governments all over the world began to take notice and apply various different regulations (with some parts of the world even banning casinos altogether!). However, the international nature of these companies means that many people are able to access online casinos even from parts of the world where land-based casinos are not permitted. The increase in regulations also resulted in many less professional casino sites dying out, although the industry itself continued to grow in strength and popularity.

The functionality of online casinos has also increased dramatically in recent years. For example, the 2000s saw the advent of loyalty schemes for users and offers such as free bets becoming very common. The range of games on offer itself also grew consistently; with almost any game you could imagine on offer now.

Perhaps the biggest shift of recent years has been the popularization of mobile gaming.

Nowadays, most big online casinos also have app versions for mobile phones and tablets, bringing the industry to a whole new audience and making it more convenient than ever before to play.