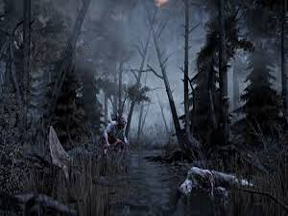 One of Shortbreak Studios’ goals is to develop a mobile game unlike any other on the App Store, a game that will elevate immersive gameplay and stunning graphics to levels previously reserved for PC and console titles. With Hellraid: The Escape, it was only possible thanks to the Unreal Engine 3 technology and the team’s determination in optimizing the final product.

Hellraid: The Escape takes the lead in an exclusive group of 3D, premium mobile games with full Retina Display support on the latest Apple devices. With the resolution of 2048×1536 pixels, the image is smoother and more detailed than in most advanced full-HD console games, while the game runs at a steady frame rate of 30 FPS. We were also able to use the highest-quality textures and 3D objects previously seen only on the strongest PC’s, while retaining a reasonable download size of the game at around 250 MB.

Shortbreak Studios wanted to push the boundaries of quality gaming on mobile devices even further. To this end, they have decided to release Hellraid: The Escape in July instead of May. Moreover, this additional time will enable them to release the game on a wider group of devices, including iPad 2 and iPhone 4S.

Apart from intuitive controls and freedom of movement in the game’s 3D environments, Hellraid: The Escape will offer dozens of unique puzzles and demonic encounters. The players will need to use their cunning instead of weapons to outsmart enemies and discover the secrets of a magic prison hung somewhere beyond time.