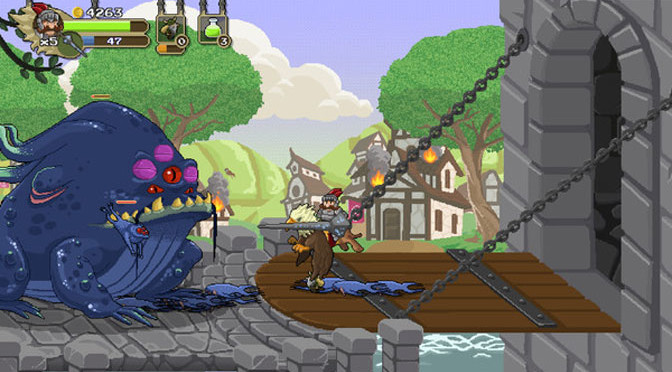 Get ready to jump on your mythical lion/eagle combo (aka..a gryphon) and fly the hostile skies, as today, Cyber Rhino Studios has released their retro shoot-’em up, Gryphon Knight Epic on Steam.

In Gryphon Knight Epic, you, in the role of brave knight Sir Oliver, take to the skies on the back of a magical battle gryphon. Fight through 8 hand-crafted worlds as you face former heroes, gone rogue. You will be challenged to battle a seemingly endless onslaught of foes and bosses – but you won’t be alone, as you’ll have multiple weapon types, magical potions and squires to back you up!

The 2D retro-magical shooter is now on Steam, with a 10% launch discount.