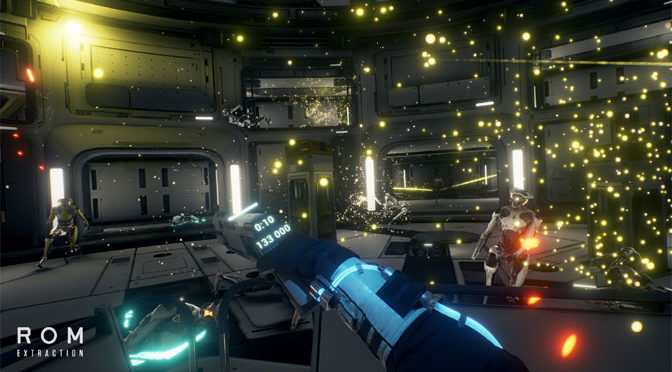 Virtual reality studio First Contact Entertainment has released a free content expansion to the VR sci-fi action shooter ROM: Extraction on the HTC Vive VR headset and Oculus Rift with Oculus Touch support. Titled “Overrun,” this new update continues the adventure with a new chapter that challenges players to survive as their ship is swarmed by alien invaders. Players will get to experience the new EOS-15 two-handed plasma rifle in battle against hordes of deadly enemies using evolved tactics.

First Contact Entertainment will be showcasing the new features of the “Overrun” expansion today at AMD’s Capsaicin and Cream event at Ruby Skye in San Francisco at the Game Developers Conference (GDC). ROM: Extraction is one of the first VR games available that utilizes Unreal Engine 4.15 and forward rendering for unprecedented performance, made possible by AMD Radeon™ graphics. First Contact is excited to continue to use forward rendering to optimize their upcoming VR projects.

ROM: Extraction is a pick-up-and-play arcade shooter developed natively for VR in Unreal Engine. Players defend themselves against extraterrestrial robots by utilizing their “Reflex” power (the ability to slow down time) to throw, slow and shoot with strategic prowess. First Contact Entertainment will continue to update the game with additional content, including cooperative multiplayer, in the future.

ROM: Extraction is available for HTC Vive and Oculus Rift through Steam for $19.99, with a special promotion of 75% off to celebrate this new content launch.